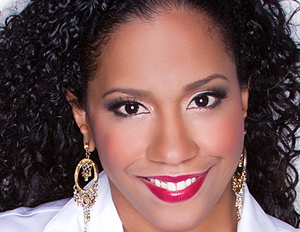 During the chat, Dellinger shared valuable insights on her career and tips for young entrepreneurs. She said the best piece of advice she ever received from her mentor was to start small, and she shared that sheer determination was the sole motivation behind building CURLS, which was created out of passion and need. Her biggest challenge early on was funding, but Dellinger didn’t let that stop her. She used her personal savings and launched the company on a small scale. Dellinger, a featured speaker at the 2014 Black Enterprise Women of Power Summit as well as a subject in the magazine’s January/February 2013 cover story, has also appeared on national talk shows such as CBS’ The Talk, CNBC’s Street Signs, and in various magazines ranging from Essence to Redbook.

In case you missed the chat, be sure to check out the recap below: