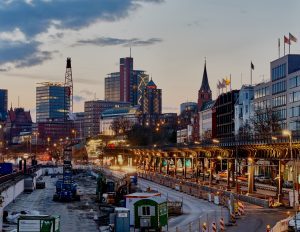 In the United States, we tend to fixate on Silicon Valley as the center of tech innovation. There are, of course, various hubs around the U.S. that produce cutting-edge tech and technology leaders (think New York, L.A., Chicago, Atlanta, and more). Yet, we often don’t pay attention to the technology coming from other parts of the world.

At the invitation of Germany Trade & Invest, the economic development agency of the Federal Republic of Germany, I was able to view some of the best technology in Germany.

When one thinks of technology, Germany may not be the first place that comes to mind. However, consider the industries Germany is most known for, such as automotive, aeronautics, and manufacturing–the blueprint for becoming a major tech force is set. In fact, Germany has already positioned itself as a contender in the tech innovation race.

I got an up-and-close look at German technology, at the Hub Conference in Berlin. The one-day event featured technology from German startups and the latest wares from several American companies, such as HP and Epson. The yearly conference, hosted by Bitkom, a consortium of tech companies, showcased the most future-forward technology from Germany and other parts of Europe, including other nations that Germany has investments in both socially and economically.

Take a look at the slideshow to see some of the standout displays at the Hub Conference, 2016: