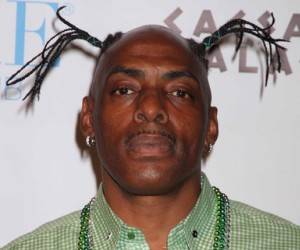 The escapades in Hip-Hop seem like it’s a daily thing regarding the antics of its stars.

According to TMZ, he was arrested on April 1st after bringing home another woman and then assaulting the mother of his child in the face. He was accused of hitting Anabella Chatman in the face and then hitting her with his car.

Not only did he assault the woman, he was also accused of taking his son along with him and the other woman. Chatman showed tire marks on her legs to the authorities as proof of his misdeeds – and although he claimed she scratched him in a jealous rage – he was taken into custody.

Apparently, the ‘Gangsta’s Paradise’ rapper was the fool that day.

Power Women of the Diaspora: Designer Fuses European and African Culture for Collection