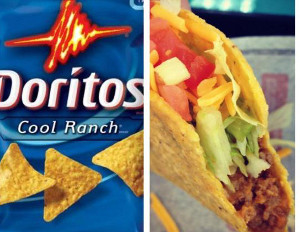 Increased offerings like this, the Cool Ranch Doritos Locos Taco have helped transform Taco Bell into a juggernaut in the Quick Service Restaurant segment. After Taco Bell’s CEO Greg Creed teased customers on January 29th by saying, “We’ve got Cool Ranch that’s comingâ€ on “CBS This Morning,” there have been rumors and speculation as to the actual release date of the highly anticipated tacos.

Taco Bell finally announced a date for the highly demanded dorito flavored tacos. In a tweet from the Taco Bell account, the company announced “It’s out of the bag. Coming March 7th.”

Taco Bell hopes these tacos follow the success of the original Doritos Locos Tacos which have sold more than 350 million since their launch, and helped lift profits for Taco Bell’s parent company by 23 percent in 2012.

So Many Tears: The Most Devastating Moments in Black History

Rapper DMX Arrested Again for Driving Without a License