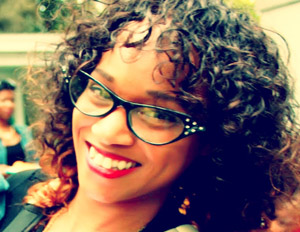 Before Tanya Hoffler’s writing captured audiences on episodes of Tyler Perry’s “Meet The Browns” and “House of Payne,” she had a critical decision to make. It was the 25th hour when, as an undergrad, she decided to change her major from political science to film & TV production at Howard University. Let’s just say her decision has payed off—literally.

I recently had the opportunity to talk with Hoffler about writing for major television sitcoms, building relationships within the industry, and key elements critical for success as a TV writer.

What is the process to begin writing for a major sitcom?

I got my official start writing for Tyler Perry Studios after attending a writers audition for upcoming shows. The process is very similar to the type of audition a actor might attend for a role in a movie or play. In my case, I submitted writing samples and met with the shows’ producers to gain insight on the ideas they had for the series I was auditioning for. Fortunately, I provided some of the best writing samples and was picked for the job. After being hired, I had the opportunity to work on what would become “For Better or Worse,â€ “Meet the Brownsâ€ and other pilots.

How important are relationships in this industry?

Relationships in this industry are everything, I have been in this industry for a long time, and even if I were to apply for jobs online, 9 out of 10 times I would not get them. Most of the job leads that we get are based on references because people are only going to recommend and suggest people they trust. While a reference is great, it is also important to remember that your work must also be of high quality and stand out.

What are the necessary skills and education needed to break into the industry?

Be a lifelong student. I totally recommend taking as many screenplay writing courses that you can. One course in particular that comes to mind is Robert McKee’s Story Seminar, which is offered every year. In addition to seminars and courses, you have to be obsessed with becoming a writer. Write as many screenplays as you can, read everything you can and watch movies to perfect your craft.

How much money can you earn being a writer for a major show?

Beyond the monetary earnings, there is undoubtedly a reward that runs much deeper. Going through rehearsal and seeing the actors say my words and laugh at the jokes I created in my head is what this is all about. It is extremely rewarding to see people bring your words to life on screen.

What key piece of advice do you have for women of color interested in pursuing a similar career path?

The biggest piece of advice I can give is, do not write for color. Write the material and tell the story without the color of a character in mind. This can be very difficult, but try not to get married to the details or limit yourself to the ideas you have in your head. Unless a particular character drives a story do not worry about writing for color.

Are Investment Motifs Good for Your Portfolio?