"I Will Continue To Play Her Music" - Say Kim Burrell Supporters 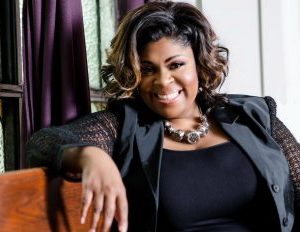 GrammyÂ® Award-nominated gospel star and Houston-area pastor, Kim Burrell, kicked her new year off with a big media backlash after a sermon, in which she preached about homosexuality as a sin, went viral.

She’s earned more media attention within the last two weeks than she’s had in her two-decade long career with articles painting her as homophobic popping up in diverse outlets such as People.com and The New York Times.

As a result, Burrell’s scheduled performance of the Top 20 radio hit, “I See A Victoryâ€ (from the soundtrack of the acclaimed film, Hidden Figures), on the Ellenâ€ daytime television program, was canceled after the show’s openly gay host Ellen DeGeneres caught wind of Burrell’s commentary. “She said some very not nice things about homosexuals,â€ DeGeneres said to the song’s producer, Pharrell Williams, in discussing the hullabaloo, on her show. “So, I didn’t feel like that was good of me to have her on the show to give her a platform after she’s saying things about me.â€

The EllenÂ program was just the first of several professional losses for Burrell last week. In her hometown, KTSU 90.9 FM canned her Sunday afternoon radio show and The CW affiliate pulled the plug on her weekly TV program, Bridging the Gap. Then, Broadcast Music Inc. (BMI), a performing rights organization, announced that they would not honor Burrell for her career achievements, as they previously planned to do, at the 18th annual Trailblazers of Gospel Music Honors at the Rialto Center for the Arts in Atlanta, on Jan. 14.

“Given the controversy surrounding this year’s co-honoree Kim Burrell [Marvin Sapp will also be honored], we have asked her to not take part in the ceremony in order to allow the focus to remain on the songwriters and their music,â€ BMI said in a written statement. “BMI was founded over 76 years ago with an open door policy to welcome songwriters across all genres, and that same spirit of tolerance, diversity, and inclusiveness continues today.â€

“The fall-out is more severe than I could have predicted,â€ says Justin Francis of SOAR Radio, an online gospel radio network. Many people, including former Burrell fans, have created disparaging memes and predicted an end to Burrell’s career via social media posts. However, several gospel radio programmers are standing up in the singer’s defense. “I think this is just the beginning of her career,â€ says Ruben Freeman, general manager of WNRR 1380 AM in Augusta, South Carolina. “I think the gospel music industry is going to rally behind her. It’s my hope that they rally behind her and that the Christian audience will support her and that she will bounce back from all of this.â€

“I will continue to play her music,â€ says Franyora Clophus, who hosts Sunday Morning Glory, on KJMH 107 Jamz in Lake Charles, Louisiana. “I have actually gone on iTunes and purchased Kim’s last few projects and I also purchased her single from the Hidden Figures soundtrack to show her some support. I think this has taught us all a very valuable lesson as it relates to social media and the way we present our views. I believe in the Holy Bible and all that it states. I stand by the truth and along with my stance; I know that we all have experienced sin and hopefully redemption through Christ’s shed blood. It is in sharing with all people the Love of Jesus, along with the deliverance and salvation message that we can truly call ourselves representatives of the Gospel. We have a duty to proclaim it all; not just what people want to hear. I pray for Kim as she matriculates through this interesting season and emerges more victorious than ever before! As her song states, I see a victory!â€

Freeman and his co-host Sctonda Kelly discussed the hot topic with callers on The Big Rube and Sctonda Morning ShowÂ last week because the station had been flooded with calls and emails about what many felt was an unjust media persecution of Burrell. “She was speaking to her church congregation,â€ Freeman says. “She’s their pastor and she’s responsible for their souls. Folks may not like it but if it’s a word from God, you have to chew it up and swallow it or leave. I think people may have taken it out of context. I have meetings with my radio station staff all the time and when I’m speaking to them, it’s meant for them, whether they are recording for social media or not. I’ll say something in my home that I may say differently in public because I’m at home. Kim was at home in her church when she said what she said.â€

A handful of gospel singing celebrities such as Judith Christie McAllister, Vanessa Armstrong, and Tasha Page Lockhart have publicly voiced their support for Burrell through social media posts. Even when Pharrell Williams appeared on EllenÂ to promote the music from, Hidden Figures, and to distance himself from Burrell’s views, he still commented, “She’s a fantastic singer and I love her.â€ Clophus adds, “I think Kim has a lot of secret support. It’s not popular, at the moment, to publicly support her but she has much more support than the media knows.â€

“We make comments every day,â€ says Gerald “Docâ€ Lewis, an announcer at KFSR 90.7 FM in Fresno, California. “We blurt out and nobody tells us we’re wrong. The world is going to keep turning. It won’t stop because one person says I don’t like something but, at the end of the day, the scripture is right and we’ve all made mistakes. Regardless, of what was said, Kim’s an artist and if my audience likes her music then I’ve got to keep it in rotation. Her songs are blessing my audience.â€

Randall Grass, the general manager of Shanachie Records, the company that’s released Burrell’s last three albums, is confident that Burrell will survive this storm. “Kim is a great artist with a unique gift and I am sure that she will continue to have an audience,” he said in an email.

So far, the audience seems to be sticking with Burrell for the most part. Three of her albums, including the latest, A Different Place (Shanachie), resurfaced on the iTunes Top 200 Christian/ Gospel Albums digital sales chart over the weekend. At the same time, Burrell’s current radio single, “I See A Victory,â€ is holding steady at No. 16 on this week’s Billboard Gospel Airplay chart with no sign of waning. In addition, airplay has picked up for the song on a variety of Adult R&B, Rap and Jazz stations over the last few days.

The issue that perplexes many radio programmers is BMI’s decision to uninvite Burrell from the Trailblazers of Gospel Honors program. “Pete Rose did what he did [illegal gambling on baseball games he participated in] many years ago but his play on the field should have gotten him into the Hall of Fame,â€ says Doc Lewis. “What Kim did should not affect her getting that award. Those secular artists say a lot of crazy stuff and they don’t take their Grammys back. So why take something back from Kim when she’s already earned it and she’s changing lives?â€

Freeman, who first met Burrell at a BMI ceremony, agrees. “When it comes to gospel and her music, Kim’s phenomenal and she’s truly a trailblazer,â€ he says. “That’s why I was surprised that the BMI Trailblazers withdrew her award because when you listen to many of the artists that are singing today in this generation, even many of the men; they are trying to sound like Kim Burrell. I thought that was kind of harsh for BMI not to give Kim the award. She’s a singer but she’s a preacher too. It’s OK for her to sing the gospel but not to preach it?â€

Entrepreneurs: This Summit Is What You Need in Your Life

On the Record with John King, President Obamaâ€™s Education Secretary