How Constant Job Hopping Can Hurt Your Career 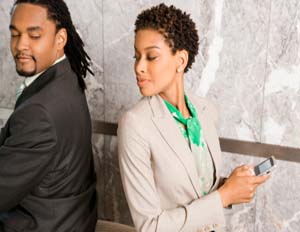 The average worker today stays at each of his or her jobs for 4.6 years, according to the Bureau of Labor Statistics. Experts expect, over a lifetime, the average Gen Yer will hold more than 10 jobs over at least five different careers. This is fiercely different from the career model of their grandparents and parents, who probably dedicated a decade or more to the same company.

In today’s economy, spending 10 years working at one organization may feel like a lifetime for a college graduate, and job hopping has become the new norm. About 91% in this group are likely to leave their job in less than three years, according to the “Multiple Generations @ Work” survey by the Future Workplace. While job hopping may not necessarily be bad for young workers’ careers, job hopping too frequently could come back to haunt them.

Jumping from one job to another will cause you to rebuild your network and go through months of additional training for each job. You will also have to prove yourself and your skill sets time and time again to your new boss and coworkers. Keep in mind that being the new kid in the cube isn’t easy and that it can take up to 6 months just to adapt to a new work environment.

If you change jobs as often as Nicki Minaj changes hairstyles, you’re probably not getting a deep enough understanding of the work environment. While you can explain that your fleeting experiences made you professionally well-rounded, in reality, your experience in each area may be shallow. Employers want to see your progression at a company, whether it’s up or across an organization. There’s nothing wrong with making a lateral move into a different business function.

Hiring managers spend a lot of time and money training new hirees, so they rarely want to take a chance on people who change jobs frequently. Once you’ve job hopped a few times in a row, potential employers will start to question your staying power. In order to avoid the reputation of a runaway worker, prepare strong justifications and reasoning as to why you left each position.

Do you think job hopping can lead to career advancement or career suicide? #SoundOff and follow Jamie on Twitter @JayNHarrison.