Congresswoman Jackson Lee, ICMCP on Need for Diversity in CyberSecurity 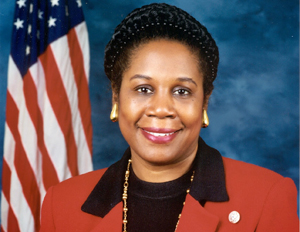 [Related:Â Federal Employees May Be At Risk For Identity Theft]

The main crux of the meeting was that while cybersecurity is critical for national security and the economy, it also remains an industry with a significant underrepresentation of minorities–specifically, women, African Americans, and Hispanics.

The congresswoman spoke about the urgency of cybersecurity and the need for more inclusion in that industry. “There is currently a shortage of qualified cybersecurity professionals in the United States, which is predicted to grow to 1.5M by 2019,” she said.

Congresswoman Jackson Lee went on to suggest that the shortage could be filled by people of color. “There exists an opportunity to address both the cybersecurity workforce shortage and the underrepresentation of minority groups in the technology industry.”

Devon Bryan, co-founder and president, ICMCP, said about the congresswoman’s attendance at the event, “For a startup grassroots 501.c.3 non-profit launched late last year, to have our first public event hosted on Capitol Hill during Cybersecurity Awareness Month by such a seasoned legislator who shares our passion for increased diversity in STEM and particularly cybersecurity, and to have had such a great turnout and such engaging speakers and rich discussions, we couldn’t have asked for a better “coming out” party!”

With more and more devices continually being “connected,” cybersecurity is a top national concern. Recent years have seen a spike in serious security breaches and hacks that have affected millions of people. Just a few weeks ago, 15 million applicants for T-Mobile service had their personal data stolen after credit agency Experian, suffered a security breach.

The ICMCP is a non-profit organization dedicated to promoting public awareness of cybersecurity and the opportunities for minorities in the profession. The organization also strives to increase the number of minority students pursuing cybersecurity-related disciplines at both the undergraduate and post-graduate levels by funding scholarships opportunities.