Congress Wants to Get Rid of Consumer Financial Protection Bureau 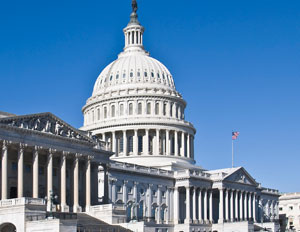 It could soon be open season for lenders to prey on people of color, now that twelve Republican senators are backing legislation to dismantle parts of the Consumer Financial Protection Bureau (CFPB), a signature law from former President Barack Obama and Massachusetts Democratic Sen. Elizabeth Warren. The group of Republican Senators is led by U.S. Senator David Perdue (R-GA), who introduced TheÂ Consumer Financial Protection Bureau Accountability Act of 2017, which would place the CFPB under congressional oversight, instead of allowing the CFPB to receive independent funding as intended when Congress approved its creation in 2010.

Looking to the gut the agencyÂ is Senator Ted Cruz (R-TX) and Representative John Ratcliffe (R-TX), who have introduced legislation this week to completely eliminate the CFPB–an agency that has provided 29 million people that were harmed by financial companies with monetary relief totaling more than $12 billion.

Both proposals would leave families vulnerable to financial abuse and risk bringing back a financial crisis, says the Center for Responsible Lending’s Policy Counsel Yana Miles. “Passing either of these bills will revert us back to an era of reckless lending behaviors that led us to the Great Recession,” she said, in a statement. “The pernicious bill to undermine CFPB’s budget will embolden payday lenders and bad actors on Wall Street to continue influencing lawmakers to halt the Bureau’s funding, leaving consumers vulnerable to predatory abuse.”

Black borrowers in segregated cities have been preyed upon with subprime mortgages. Communities of color have been targets of predatory lenders offering a range of high-cost products. The Consumer Financial Protection Bureau, which has been around just five years, was established to handle consumer complaints about banks, payday lenders, mortgage and student loan services, debt collectors, and other financial companies.

By eliminating the CFPB, “Workers and families would suffer more from payday loan debt-traps, secret schemes like those committed by Wells Fargo, ensnarling arbitration clauses, deceptive for-profit colleges that drive students into bankruptcy, harassment from omnipresent debt collectors, home foreclosures, and other assaults by financial predators,” added Miles. “The CFPB has been an effective cop on the consumer finance beat, looking after the interest of working families, especially those in low-income communities and communities of color.”

An example cited by the Los Angeles Times about the CFPB is how the agency ordered MasterCard and media mogul Russell Simmons’ prepaid card company, UniRush,Â to repay $10 million to thousands of customers who were unable to access funds because of a service disruption last year. The two companies also were fined an additional $3 million.

However, Simmons, who co-founded the card in 2013, is not suffering. BLACK ENTERPRISE reported Greet Dot, a provider of prepaid debit cards, announced its acquisition of UniRush L.L.C. for $147 million, plus it will pay a minimum $4 million annual earn-out payment for five years. Simmons continues to represent and advocate the card.