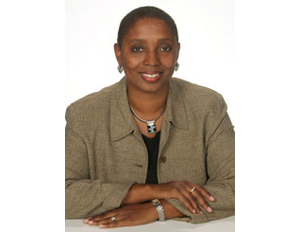 Valerie E. Taylor, a computer science professor at Texas A&M, has been named a 2016 Fellow by the Association for Computing Machinery (ACM).

Taylor is one of 53 ACM members honored for their contributions to computer science. She is being lauded for her “leadership in broadening participation in computing.â€

At Texas A&M, Taylor serves as senior associate dean for academic affairs and is a Royce E. Wisenbaker Professor. Her areas of computer science research include high-performance computing as well as performance analysis and modeling of parallel and distributed applications.

Taylor’s ACM fellowship is an addition to a lengthy and impressive list of awards and honors including IEEE Fellow in 2013; Sigma Xi Distinguished Lecturer; receiving the Hewlett-Packard Harriet B. Rigas Education Award, and other accolades.

“As nearly 100,000 computing professionals are members of our association, to be selected to join the top 1% is truly an honor,â€ explains ACM President Vicki L. Hanson in a press release from ACM.

“Fellows are chosen by their peers and hail from leading universities, corporations, and research labs throughout the world. Their inspiration, insights, and dedication bring immeasurable benefits that improve lives and help drive the global economy.â€

ACM’s 2016 Fellows hail from across the globe including Australia, Austria, Canada, China, France, India, Israel, Italy, The Netherlands, Switzerland, the United Kingdom, and the United States.

ACM is the largest educational and scientific computing society in the world. It’s a think-tank that unites computing educators, researchers, and professionals to engage in dialogue, share resources, and address challenges in the computing field.

Corporate Executive of the Year: Marvin Ellison Is Penney Wise