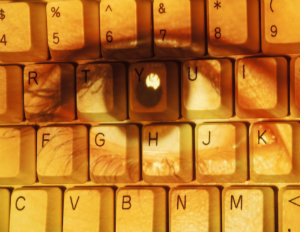 Several NBC sites, including the Saturday Night Live page, were hacked by a person or posse calling itself “pyknicâ€ on November 4, but are thankfully back up and running. However, the “Remember, remember the fifth of November” message and onslaught is just one of many cyberattacks that take place daily.

In a survey that looked at 583 U.S. companies, 90% had been hacked in the last 12 months, according to findings from independent research firm Ponemon Institute. Mashable reports that of those companies, many admitted their networks had been compromised on more than one occasion.

The study also revealed that 65% of Internet users are cybercrime victims.

For tips on how to stay safe while shopping and banking online, click here.