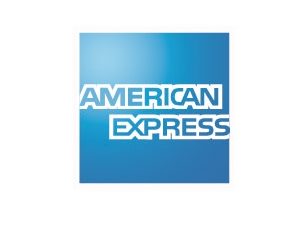 The 50 companies on this year’s Best Companies for DiversityÂ list represents brandsÂ that recognize the value of cultivating an inclusive environment, driven by company leadership through senior management and the board of directors, as shown in the BE Registry of Corporate Directors. Some are taking a step further to engage employees during turbulent and confusing sociopolitical times.

Here, we’d like to highlight American Express, a financial services corporation headquartered in New York City, and what it’s doing to push forward and nurture diversity and inclusion.

American Express touts their diversity efforts by the numbers. According to its website, women comprise more than 50% of its global workforce and more than 30% of its senior executives. Additionally, 43% of its senior management is diverse. Of the company’s 16 executive employee networks, three of them support black, Hispanic, and female leaders.

In 2015, a new diversity pipeline initiative was launched for executive level openings. This pilot program leveraged the personal networks of the company’s Black Employee Network (Exec BEN), which was the first official employee network at American Express, and the Executive Hispanic Origin and Latin American Employee Network. The program partnered with the Executive Recruitment Team, and provided members with advanced notice of senior roles, in order to identify talent within their networks. The program had 100% participation from both networks, and American Express identified more than 50 executives interested in pursuing senior roles. The company stated they have maintained relationships with these individuals for future opportunities.

The Exec BEN has nine global chapters, including one for vice presidents and above. It offers a lunch series, in which employees are able to hear from senior executives in an intimate setting, gain networking opportunities, discover mentorship programs, and participate in professional development workshops.

In 2015, American Express also introduced new training on how to mitigate unconscious bias. The self-paced program aims to help employees identify and break unconscious bias in key decisions relating to both personal and business choices. Employees learn how to recognize the types of bias that may be influencing their decisions and put in place processes to mitigate that bias.

How To Get Millennials to Become Brand Ambassadors