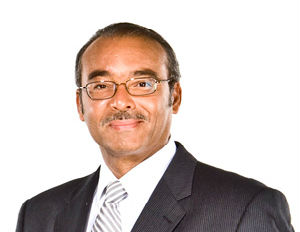 You’d be hard-pressed to find anyone outside of our offices here in Manhattan or in Chicago more excited about the 2013 Black Enterprise Entrepreneurs Conference than Columbus, Ohio Mayor Michael B. Coleman.Â It will be held May 15-18, and MayorColeman took a break during his busy schedule to take our questions by phone, fresh off of a vacation in the Dominican Republic. He sounded refreshed before presiding over some pressing city business, not the least of which includes overseeingÂ the Columbus City Schools’ newly-appointed education commission.

BlackEnterprise.com: Paul Astleford, CEO of Experience Columbus, recently left his post. The both of you started in your positions almost simultaneously and at a turning point for the city. So we’re curious: What’s different about the city over the course of the last 14 years?

Mayor Michael B. Coleman: Well, we’ve seen $6.5 billion dollars in investments in our community from the private sector. That means substantial growth and vibrancy — and it also means we’ve become one of the top cities in the country in many ways. There’s more economic development taking place here than in many places across the country.

To me, there’s two kinds of cities in America. There’s those cities whose renaissance took place in the 20th century — and there’s a lot of cities in Ohio like that — and there are cities like Columbus, which is just now entering a renaissance. We have an extraordinary diverse population, a strong immigrant community and a very strong African American community. We’re clicking on all cylinders and we’ve consistently been ranked as one of the best cities for African Americans. So Columbus is hot right now.

Hilton Columbus Downtown was just completed — what’s your favorite part about that new structure and what do you anticipate visitors who come in May will enjoy most?

It’s the newest in our fleet of convention hotels. The city helped finance it. It’s got [nearly] 550 rooms. There’s a lot of great art and design that was put into it. There’s a sky bridge that connects to the convention center. In fact, I think I vetoed four designs before we finally settled on this one. There will be no other sky bridge like it in the world. It’s a work of art. And it’s located in a cool part of the city with a lot of interesting galleries, clubs and nightlife. There’s a lot of stuff happening. If you want to be in an exciting place, Columbus is where you want to be.

You’re a member of Kappa Alpha Psi and we hear you’ve been instrumental in getting African American business people into positions at corporations based in Columbus. Can you talk a little about that and how successful you’ve been?

The great thing about our city is that the glass ceiling in the business and political arenas was shattered a long time ago. The opportunities are endless and boundless.

We’ve come out of this recession very strong so when it comes to minority business and individuals in the professional and corporate world, we have several Fortune 1000 companies in our city. African Americans have populated many management positions in many of these corporations. What that brings to Columbus is African Americans who are recruited from all over the country. These are people who are contributing back to the city in terms of mentoring and helping out the community in less fortunate areas. And when it comes to minority-owned businesses, we have a history of minority and small business ownership. We have one of the oldest minority-owned firms in the nation right here, E.E. Ward Moving and Storage Company. It’s still going strong and very large now, they’re national.

We have the largest minority-owned architectural design organization in the country, Moody Architects. And you have to include the entrepreneur Clarence Simmons who started Simco Construction LTD here — so the city has seen significant progress when it comes to small and minority owned business in our marketplace.

From an economic standpoint, not having the NHL and losing the NHL All-Star Game was a major loss. How do you plan to make up for the tens of millions of dollars lost for the small business economy?

Well, I’m disappointed and you can’t make up for it. It was money that was supposed to come that is not going to be here now from tourists and travel and spending. It is our hope that we get the next All-Star game that would be the year after next, but the reality is that the NHL by its own hand caused us to lose the All-Star game. So our hope is that we will be able to make it up then and get the game again in 2015. But we can’t make up for a lost season.

What are you hearing?

The same things that everyone is hearing (Editor’s note: the NHL and its players’ union reached a deal and will be back on the ice by Jan. 20, but there will be no All-Star Game). I just hope the NHL doesn’t negotiate themselves out of existence. That would hurt many communities around the country.

What’s your favorite place to eat in Columbus?

Well as the mayor of the city, I like all our restaurants [Laughs].

I admire it, but that’s too political of an answer [Laughs].

Well the truth is, I eat out almost every night of the week. And it’s not just one restaurant. I spread my money out as much as I can. I go to German Village, Italian Village, downtown, Easton — these are all areas with wonderful restaurants. We do not have a shortage of restaurants in our city. And man, I spend a lot of money at them.

I like to eat healthy. I hardly ever eat fast food. And I like to eat well, because I’m fitness is important to me. Eating healthy is something we promote a lot in the city of Columbus.

Where should visitors to the conference go to have a drink or network? Is there a mayor-recommended place to go or see?

Well where people will be located in the Short North area. It’s one of really, just one of the coolest places to be with dozens of art galleries, clubs and restaurant. There’s all kinds of places to go and things to do there, but I would encourage folks to go to the East Side of Columbus, which is a historically African American part of Columbus where we’ve renovated the Lincoln Theater. I’m very proud of it because I renovated it and it’s one of the most popular destinations in the city. Absolutely beautiful. There are several restaurants in that area that I would recommend as well. There’s a lot of options. If you wanted to have soul food, that’s there. If you want to be wined and dined with high-end cuisine … we’ve got a lot of that, too. But most of all it’s a fun city. And if I had to attach one word to our city, I’d say cool. That’s kind of an old school word, but we’ve got everything here.

No Bueno: 4 Pieces of Bad Career Advice to Avoid

5 Ways to Think Creatively at Work