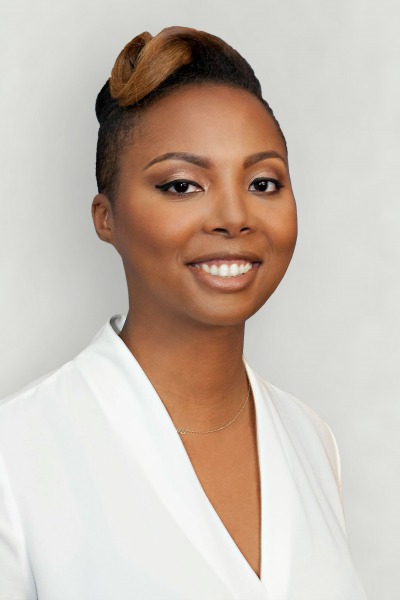 Underground is a 10 episode TV series following the plight of plantation slaves at every angle. From the men and women who aided the slaves to freedom to the mercenaries hired to hunt them down. Grammy Award winner John Legend is the executive producer, along with his Get Liftead production partners Mike Jackson and Ty Stiklorius. The slave drama includes a diverse and talented cast including Christopher Meloni (Law & Order: Special Victims Unit), Aldis Hodge (Straight Outta Compton), Jessica De Gouw (Arrow and Dracula), Alano Miller (Jne The Virgin), Christopher Meloni (Sin City: A Dame to Kill For) Jussie Smollett (Empire), Jurnee Smollett-Bell and more.

Having created a 10-episode plantation drama series based on the famed Underground Railroad, nearly 200 years after slavery ended, co-creator Misha Green talks with BlackEnterprise.com about the real life experiences of a slave’s journey, which we rarely talk about.

BlackEnterprise.com: How did you come up with the concept for the Underground?

Green: One day my sister said to me, ‘You should do a show about the Underground Railroad.’ I liked the idea. I immediately knew the title would be the ‘Underground.’ I knew I wanted it to be epic and big. So I went to Joe Pokaski, the co—creator of Underground. We had a great history–prior to Underground I wrote 3 other scripts with him, including Heroes. We decided to see it from all perspectives: from the slaves running to those left behind on the plantation, to the slave catchers going after them to those helping along the way. The more we researched, we found truth is stronger than fiction. We knew it was the right time for a television series. Initially, the project was a hard sell. From concept to execution, it took about 3 years to be produced and released.

How do you respond to people who say: ‘We don’t need another slave series, we need to move on from showing this tragic period in our history?’

It’s not about the occupation; it’s about the revolution. This is a story that has not been told before. We have a little paragraph in some history books about this time period. But this is an inspiring story that shows what can be accomplished when we stick together. It shows how people traveled 600 miles with people hunting them every step to get to freedom. It shows the ingenuity they used. It shows the people along the railroad who were helping them, who weren’t even part of the movement but they were risking their lives. It shows what we can do when we all come together.

Interestingly, the series, which takes place somewhere between the 1700’s -1800’s, uses present day music such as “Black Skinhead” from Kanye West’s 2013 album “Yeezus.” What was the thought behind using music that we listen to today?

During our research, we found that the slaves were using music as an act of freedom. Music is such a big part of everyone’s life–I thought it was a great way to bridge the gap. We wanted to show the parallel and show that we aren’t so far from this time period.

Do you see yourself in any of the characters?

Joe and I were talking about this and we see ourselves in each character. When we write, we start from a personal place and we think and discuss those things that are universal about our person. The great thing about having Joe as a co-creator is that he is a white male and I’m a black woman. We come from very different corners of the world. I think that’s what makes our cast so great because we’ve combined a bit of ourselves in each character.

Although theÂ series takes us back nearly 200 years ago, there are episodes where the characters are engaging in conversations that are eerily similar to some of the issues we are still facing in the world today. Considering you’ve worked in the film/TV industry for some time, what’s your opinion about the lack of diversity in Hollywood?

I think it’s good that we’re talking about it. Diversity in Hollywood has always been an issue and it’s going to take a lot of work to make it better. But I’m excited that the conversations are happening. Because we’re talking, these are issues that cannot be ignored. Even with the hashtags #OscarSoWhite–it’s making people talk. We can’t ignore it.

What has been the greatest challenge you faced in your career?

The biggest challenge is getting pigeonholed. The first thing I wrote was a horror script. I think for a lot of people like me, when you try to do something different people are a little hesitant to accept it. But it’s about broadening your horizons. As a writer, you can do multiple things.

What’s the best advice you can give someone who has a goal to become a writer–specifically in films and television?

You have to produce quality writing. You have to put it on the page–the page speaks for itself. You have to continue to mold your craft. People think, ‘Oh I can write a script.’ But you have to read and experience a lot and go out in the world to bring it back and make something great. I think a lot of people lose sight of that in trying to ‘make it.’