CNN reporter April Ryan believes if President Trump loses the 2020 presidential election, he will have to be removed from the oval office by force.

Many have wondered whether Trump will leave willingly if he loses the election and what would happen if he refuses to concede to Joe Biden. Trump didn’t calm fears when he refused to give a straight answer about accepting a Democratic win on November 3.

April Ryan may be on to something. We all know Trump is doing everything he can to stay in the White House. Make sure you vote overwhelmingly so that we can Dump Trump November 3! https://t.co/alB1GQFMpU

“There’s going to be a split-screen Jan. 20, 2021,” Ryan, an outspoken critic of Trump, said. “If Joe Biden is now going to be the 46th President of the United States, it will be him being inaugurated and watching police and armed forces trying to pull Trump out of the White House. I cannot wait for that split-screen.”

Ryan has poked fun at Trump before. According to The Grio, Ryan once asked former White House Press Secretary Sarah Huckabee Sanders if President Donald Trump has considered resigning from office, which Sanders called “ridiculous.”

Ryan later said she received death threats over the question, but shrugged them off saying she will continue to do her job.

Trump has questioned mail-in voting for months, saying it will lead to the end of the Republican Party. He has even floated the idea of postponing the election, which Joe Biden predicted he would try to do. However, the president has no control over when the election takes place and Republicans have already said they would not support such a tactic.

Trump, who continues to slide in the polls, is fighting battles on multiple fronts as he continues to fight the coronavirus pandemic, Black Lives Matter protests, the second coronavirus package, and voters in his own party campaigning against him. His recent (disastrous) interview with Axios certainly didn’t help matters. 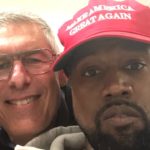 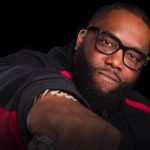