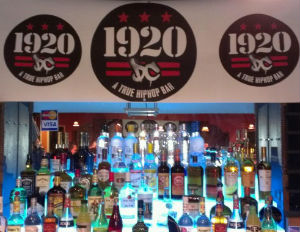 A 2005 District Law gives Lanier broad authority over the city’s bar and nightclubs, a responsibility usually reserved for agencies that regulates liquor licenses. But as the chief continues on a pace that has seen bars and other venues closed at a pace of over one a month, some are wondering if the policy is overbearing and blocking economic development.

In the case of 1920dc, Lanier faulted club managers for not calling police when the initial disturbance broke out. The chief wrote that “violent crime can be connected directly to the operations of “Asefu’s Restaurant’ establishment, and severely endangers the residents and visitors of this city.â€

The manager of the bar said the closing would not be contested but called it unwarranted.

“We feel it’s unfair due to the facts,â€ the manager said.

1920DC is a no-frills hip-hop bar that caters to young professionals and recently received favorable reviews from the Washington Post.

Link Between Early Baldness and Prostate Cancer for Black Men