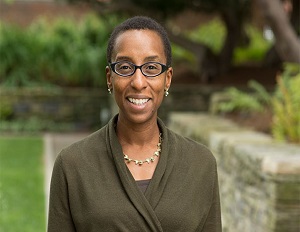 Harvard University has appointed Claudine Gay, a Harvard professor of government and African American studies and a distinguished scholar of mass political behavior, as dean of social science.

Gay, who joined the Harvard faculty in July 2006, has served as director of graduate studies for the Department of Government for the past five years and has also been a member of the Committee on General Education. Earlier this year, she joined the Steering Committee for the Institute of Quantitative Social Science, and she currently serves on numerous editorial boards and scientific associations. She is vice president of the Midwest Political Science Association.

“Professor Gay has long demonstrated a deep commitment to education and the FAS’ efforts to build an outstanding faculty,” said Michael Smith, who leads Harvard’s Faculty of Arts and Sciences and who appointed Gay to her position. “She has been a trusted adviser on faculty and decanal (pertaining to dean or deanery) searches, serving on or chairing many review and search committees. As divisional dean, Professor Gay will continue her efforts to strengthen the faculty and advance our teaching and research missions.”

Before joining the faculty at Harvard, Gay was an assistant professor at Stanford University from 2000 to 2005 and an associate professor from 2005 to 2006. She received a bachelor’s degree in economics from Stanford and a Ph.D. from Harvard’s Graduate School of Arts and Sciences. She will begin her role as dean of social science at Harvard July 1.