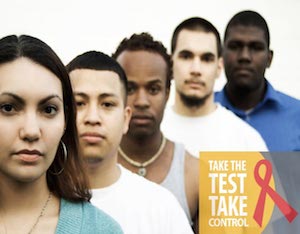 On National Black HIV/AIDS Awareness Day, NBJC highlighted the work of members of 100 Black LGBTQ/SGL Emerging Leaders to Watch (#100toWatch) who are directly working to end HIV/AIDS. This group of social justice warriors are on the front lines of ending the epidemic that disproportionately infects black youth, black gay and bisexual men, and black transgender women. Utilizing the four key focus areas for NBHAAD, learn from our #100toWatch members whose daily work is to educate, bring awareness and mobilize black communities to end the spread and impact of HIV/AIDS.

“Efforts to end HIV as a nation have failed to empower the most marginalized and underserved communities,” NBJC’s Vernon C. Jones Jr. and Isaiah R. Wilson wrote in a blog post for Worlds Aids Day. Both black men are living with HIV. Jones serves as the program officer for the LGBT Health and Wellness Initiatives and Wilson serves as the external affairs manager. “We have to continue to build on the work and legacy of so many HIV advocates and leaders who have tirelessly fought on the front lines to end the epidemic.”

“As a recent report of the Black Youth Project states, black youth are now leading the movement for justice for black lives in this nation and recognize that ending the HIV/AIDS epidemic is a cornerstone of this pursuit. However, ending the HIV/AIDS epidemic in the black community will require a collective community effort deeply rooted in the black family,â€ the two millennials surmised.

Entrepreneur of the Week: How Bold Beardsmen is Redefining the Grooming Experience For Men