CIAA and the City of Charlotte Reach Long Term Deal 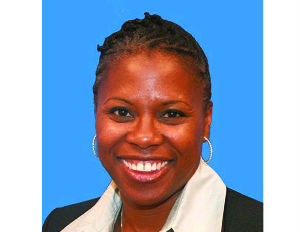 The Central Intercollegiate Athletic Association (CIAA) and the City of Charlotte have reached a deal that will keep the conference’s popular postseason tournament in the Queen City through 2020.

The conference had been thought to be seeking out other locations after it was unable to renew its deal with Charlotte. City officials, which estimate that the tournament and surrounding activity brings $40 million to Charlotte each year, were not willing to let the conference go without a fight.

After months of speculation, the CIAA and Charlotte will maintain their relationship. CIAA Commissioner Jacqie Carpenter announced on Monday that the CIAA Tournament will remain in the city through the next six years.

“We look forward to forging an even more enhanced, collaborative and positive partnership with the City of Charlotte,” CIAA Commissioner Jacqie Carpenter said in a press release. “It’s been a home that has truly embraced the tournament and we look forward to growing the momentum we’ve experienced in these last nine years with renewed vision and energy that will help to shape the next generation of this event.”

The City of Charlotte, Mecklenburg County and Charlotte Regional Visitors Authority (CRVA) will provide various benefits, including $1.4 million in funding annually, proceeds from which will be distributed among the 12 conference colleges and universities. Charlotte Mayor Patrick Cannon proclaimed the deal as a win for both the conference and the city.

“There’s no doubt that was one of the great sporting recruitments for Charlotte. I think it’s had a bigger impact than most conventions,â€ North Carolina Gov. Pat McCrory said, according to the Charlotte Observer.

Dr. King, the Politico: On a Grand Stage, an Awakened Truth