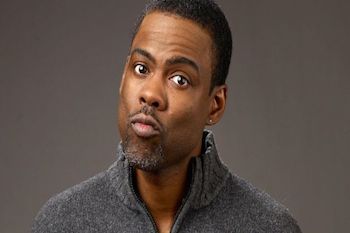 On Jimmy Fallon’s The Tonight Show, Chris Rock announced to his legion of fans that he would hitting the road with a new comedy tour.

“The other day, we were hanging out and he gave me that name,” Rock told Fallon. The name that was birthed by the brain of Kanye West was “Black Plague,” to which Rock instantly desired and wanted to incorporate into his new routine. “We were listening to records or whatever and he said ‘Black Plague,’ and I was like ‘Can I use that?'”.

It has been quite awhile since America has seen Chris Rock on a live stage. There was talk that him and fellow comedian Dave Chappelle were going to hit the road together in a “Best of Both Worlds”-esque show. But reports have come out saying that that is not happening.

Up next immediately, for the Brooklyn, N.Y. comedian is the film Finally Famous, which began shooting last year. He’ll also be hosting the 2014 BET Awards.