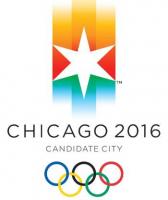 Among Chicago’s black entrepreneurs, the Olympics is a subject that causes some uneasiness. There’s little doubt about the financial opportunities the games would provide, but there’s serious doubt about who would get first dibs on them.

As a candidate to host the 2016 games, Chicago has been heavily promoting the potential economic boon. But some of the more prominent black business professionals with connections downtown are looking for a formal policy of inclusion should the city’s bid get accepted in October.

They don’t want to leave anything to the whim of political bosses. In the Windy City, it’s easy to get left out in the cold.

With seven months to go before the 2016 host is announced, it’s still anybody’s games. Chicago is competing against Tokyo, Rio de Janeiro, and Madrid. But with an endorsement from President Barack Obama, Chicago’s most famous resident, members of the Olympic planning committee are hoping the odds fall in their favor. So are the city’s black business owners.

“We have to make sure that we’re involved in the planning stage, otherwise we won’t be included,â€ says Eugene Morris, president and CEO of E. Morris Communications (No. 15 on the B.E. Advertising Agencies list with $41.3 million in billings). “It’s very easy to say it will happen then when the time comes, it doesn’t.â€

Chicago 2016, the city’s organizing committee, entered its bid two years ago, outlining plans to build the three largest arenas–the Aquatic Center, the Olympic Stadium, and the Olympic Village–in predominantly black neighborhoods on the South Side as a way to spark urban revitalization.

Chicago has the second largest black population in the nation and is home to 40,000 African American-owned businesses, including 12 B.E. 100s firms. Yet, it has been only recently that officials have started looking for buy-in from the black community, says the Chicago Urban League’s David Thigpen. Since the black community stands to benefit the most from the estimated $3.8 billion in revenues the games would attract, there’s a level of suspicion about why it has been involved the least.

“Chicago 2016 has been working a closed shop,â€ Thigpen says. “The upside to all this though is that we’re now beginning to understand that if this is done right, there is a possibility for real economic benefit. Many are rightly thinking they ought to share in it.â€

At a luncheon sponsored by the Urban League last month, Mayor Richard Daley did his best to reassure the mostly black audience, which included the Rev. Jesse Jackson, Congressman Jesse Jackson Jr., and Atlanta Mayor Shirley Franklin. “This has to include everyone in the city, not leaving anyone out,â€ Daley said.

With the Atlanta games as their benchmark, black professionals in Chicago realize all they have to gain. They’re aware of the success of black-owned firms such as H.J. Russell & Co., (No. 13 on the B.E. Industrial/Service list with $376.6 million in revenues), which profited nicely when it secured a contract to help build the $200 million Olympic stadium in 1996.

They’ve mobilized, formed partnerships, and turned to community organizations such as the Alliance of Business Leaders & Entrepreneurs (ABLE), a nonprofit composed of Chicago’s leading black CEOs.

“We’re the city to get the Olympics,â€ says Anthony Kitchens, president of ABLE and a member of Chicago 2016’s business opportunities task force. “I think there will be tremendous opportunity for the small business community, and I’m hopeful that leadership remembers how it sold this–as an inclusive and diverse proposal.â€

Others such as Robert J. Dale, chief executive of R.J. Dale Advertising and Public Relations (No. 14 on the B.E. Advertising Agencies list with $43.9 million in billings), aren’t that optimistic.

“We’re trying to catch up and be included,â€ Dale says, noting that contracts have already been doled out for the Olympic branding campaign, which is visible throughout the city.Â  “It’s not too late too participate, but it’s too late to get our fair share.â€

Biden on the Record: Recovery and Reinvestment Act Implementation Conference