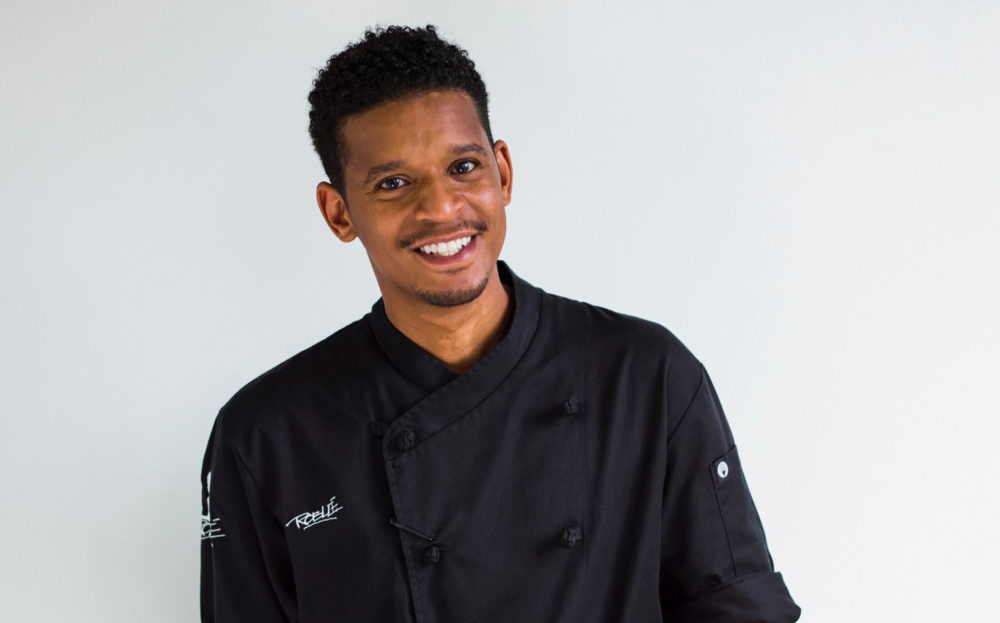 Celebrity chef Roblé Ali has extended his culinary talents to some of the world’s most notable individuals including President Obama, John Legend, Michael Jackson, and even Earl G. Graves Sr., the founder of Black Enterprise magazine. But take note, he’s no stranger to entrepreneurship. In fact, if you’ve ever caught a glimpse of his former Bravo TV series, Chef Roblé and Co, or followed his culinary and business moves via Instagram, you’d know he’s part of the movement to promote black economic empowerment. So it should come as no surprise that he’s teamed up with Wells Fargo to celebrate and support African American community builders and entrepreneurs like Mandy Bowman, the founder of the Official Black Wall Street app.

We caught up with Roblé to talk more about joining the Wells Fargo initiative.

On Wells Fargo and working to improve the quality of life of neighborhoods:

“The partnership with Wells Fargo and Community Builders make sense for me because that’s what I’ve been trying to do all along. It’s great that major corporations like Wells Fargo “get it.” Whether it’s through offering a small business loan or even hosting events in communities like we’re doing right now—Wells Fargo is encouraging the support of black-owned businesses.”

On simple ways you can support black-owned businesses:

“We, as black entrepreneurs, need to support each other. For instance, if someone says “Hey, I’m going to be in Brooklyn, NY for the weekend, where should I eat?” recommend black-owned restaurants such as SoCo or Peaches in Brooklyn. I send people to black businesses all the time—it’s really just that simple.“

On needing money to make an impact on the community.

Yes, you need money to start a business but making an impact on the community has nothing to do with money. It has to do with love, support, and referrals. It’s also fellowship—I do this through my other company Everyday People—we throw parties where a lot of young black creatives get together and magic happens—people have started a business, gotten married, and had children because of these parties that we do.

The event that we’re doing with Wells Fargo is being held at Solomon & Kuff, a black-owned business. I know these guys—I’ve held events there and we continuously support each other. At the same time, we’re honoring Mandy for her brilliant idea—the Official Black Wall Street App, which makes it easy to find black businesses wherever you are. This makes my life so much easier because I don’t have to search Google for black businesses, I can just go to her app. We’re also doing a raffle with entrepreneur and radio personality at the Breakfast Club, Angela Yee, who’s also doing amazing things within the Brooklyn community. She launched Juices For Life BK—in her very own community. Her juice bar is dope and the juices gave me life. So this all comes down to the principle: “Each one, teach one.” On the most undervalued skill in the culinary world.

Dedication. You have to be willing to sacrifice a lot of things including time, sleep, fun, and relationships at times. The hospitality business is very tough—because we’re working while everyone is having fun. We’re creating experiences so you can have fun, but you go home and we’re still cleaning up.

On what else we can expect from chef Roblé.

I’m opening the first of many restaurants—CoupBrooklyn. It’s going to be a great chicken shack with a great bar. I also have plans to open them around the country. 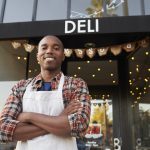 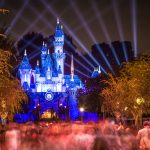