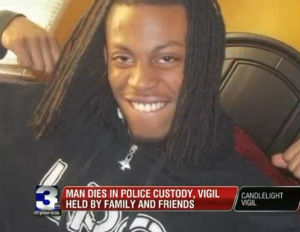 The controversial death of a 21-year-old African American Arkansas man has been ruled a suicide.

An Arkansas State Crime Lab claims that Chavis Carter shot himself in the head while he was handcuffed in the back of a police car.

Before he was arrested last month, police reportedly frisked Carter. Somehow they missed the .380 caliber pistol he reportedly had in the back of his jeans.

Dashcam footage does not show the alleged suicide.

Carter’s family is reportedly outraged at the accusation that their son committed suicide. They believe police murdered the young man.