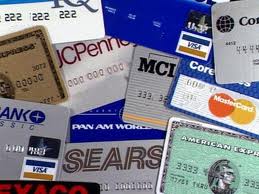 If you have a specialty credit card with Chase and you’re a frequent overseas traveler, expect an early holiday gift. Chase bank recently announced that it will waive foreign transaction fees on its British Airways Visa Signature Card as well as the Hyatt Card and Priority Club Select Visa Card.

This is good news for overseas travelers who are often charged from 1% to 3% in foreign transaction fees whenever a merchant processes a credit or debit card transaction outside of the United States. Chase’s decision to waive fees is a bold move consideringÂ that more than 90% of bank cards and almost 60% of credit union cards charge foreign transaction fees, according to a recent study by Pew Trusts. Other cards that don’t charge foreign exchange fees include Capital One and PenFed.

Sheiresa Ngo is the consumer affairs editor at Black Enterprise.

POLL: How Far Would You Go to Compete in the Job Market?

Is Your Spouse Guilty of Financial Infidelity?