Billionaire rapper and businessman Kanye West recently announced via Twitter that he is running for the office of the President of United States, although he hasn’t filed any paperwork to make it official. In addition to the support of his wife Kim Kardashian West and tech magnate Elon Musk, fellow Chicago artist Chance the Rapper has “endorsed” West over the present Democratic presidential hopeful Joe Biden.

Chance, through his Twitter account, publicly supported voting West into office. After West released his latest song, DONDA, which is dedicated to his late mother, and brought attention to the song via Twitter, Chance took that opportunity to ‘endorse’ West.

And yall out here tryna convince me to vote for Biden. Smfh https://t.co/JgbGBmPQk5

Even asking his followers and fellow Twitter users if Biden would be better than President Trump.

Are u more pro biden or anti ye and why? I get that you’ll want to reply that you’re just tryna “get trump out” but in this hypothetical scenario where you’re replacing Trump, can someone explain why Joe Biden would be better??

Chance continued throughout the day asking pertinent questions seemingly trying to weigh the reactions and comments on his support of West and the temperature of people’s mindset toward the upcoming election.

I finally got the answer now. I understand. Yall trust Biden more than yall trust Ye. I think I understand why, I just don’t feel the same way.

Chance also weighed in on the responses he received on the topic of this election.

Ok this is me slowly trying to get down from this hill without falling and dying:
Whoever you vote for I hope they abolish the prison system as we know it, honor black reparations and all treaties with Indigenous folk and lastly end homelessness. Whomever that may be God bless em

And then finally, he admitted that West winning the White House is improbable.

Ok sprinting down the hill now:
I understand the improbability of Ye winning the 46th Presidential seat and I understand that everyone voting for Biden isn’t necessarily doing so enthusiastically. I am for black liberation and do not accept my recent endorsement from Terry Crews 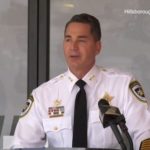 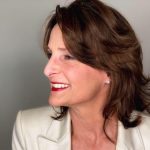