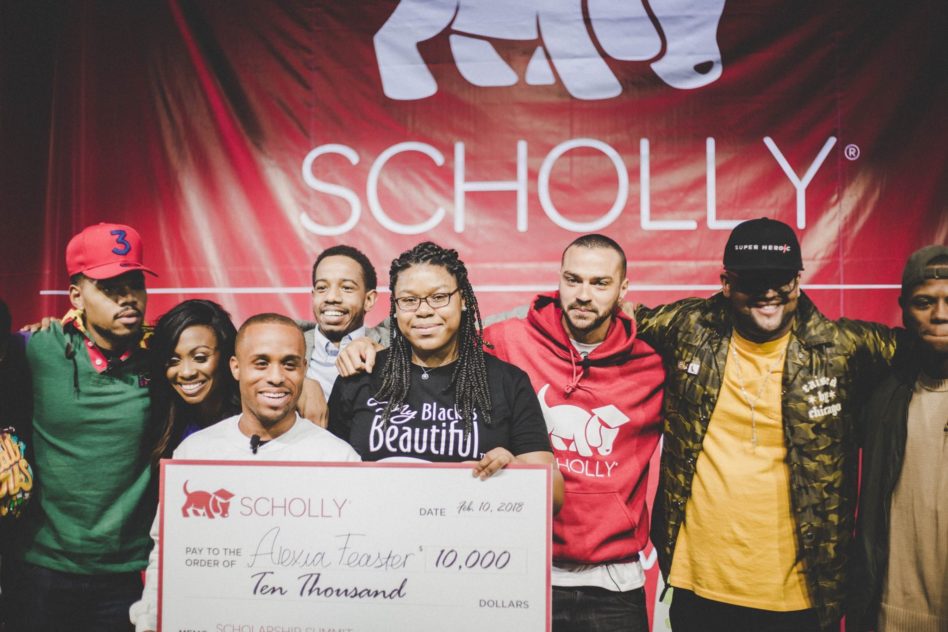 Scholly recently held their first Scholly Scholarship Summit on Saturday, Feb. 10, in partnership with SocialWorks, Chance the Rapper’s Youth Empowerment Charity where they housed Chicago public school juniors and seniors and spread the word about the millions of dollars in scholarships offered through the Scholly platform. Students got free access to Scholly and one senior, Alexia Frasier, received a $10,000 Schollyship presented by special guests Chance the Rapper and actor/activist Jesse Williams.

The event was held at the new XS Tennis & Education Foundation located in Chicago’s very own South Side neighborhood, Washington Park.

“I grew to understand the value (of school) because of the disparities in education in Chicago, the different levels of education and the different kinds of education you get depending on what part of the city you live in,” said Chance during his panel with Jesse Williams and Scholly founder, Christopher Gray.

“I really realized the difference in how much Chicago shaped me, how much growing up in the ’80s, when I moved out to a different state and got to realize we have access to completely different levels of support,” stated Williams.

Other speakers included Chicago native Derrius Quarles, a student who won $1 million in scholarships for college; Kristina Ellis and Sunny Sandhu, high school graduates who both won over $500,000 in scholarships; and Jason Mayden, founder and CEO of Super Heroic and former Nike Jordan global designer.

Scholly has over 2 million users and has helped students raise more than $100 million in scholarships. Jesse Williams is a co-owner and board member of Scholly.

The app was designed to ease the scholarship search process. According to the site, Scholly’s adaptive matching engine promises to deliver smarter, targeted lists of scholarships. Their mission is to fix the current outdated process that requires students to fill out long, tiresome forms and then fails to deliver relevant results.

SocialWorks aims to inspire creativity, build dreams, and to let you be you. The partnership came about because the company felt that Scholly could be a wonderful avenue for Chicago youth to receive assistance in achieving their college goals. 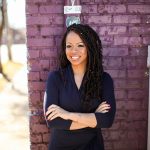 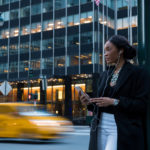 Survey: Here Are the Top 10 Cities for Startup Growth