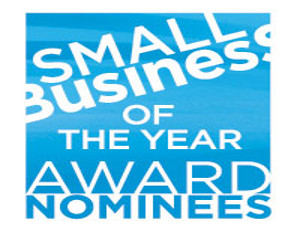 Matthews, 25, is a co-founder of Uncharted Play and co-developer of Soccket, a portable generator in the form of a size 5 soccer ball. Its internal mechanism takes the kinetic energy from rolling the ball around and stores it. A single-bulb LED lamp can be plugged into the ball to provide hours of light. Soccket is used in rural, off-grid areas of Latin America, Africa, and the U.S., and the company has plans to expand its use worldwide. Uncharted Play is developing another product called the Ludo, a “smart ballâ€ which tracks playing time and converts it into points (using an internal motion sensor). The points are used by consumers in the developed world to donate items to communities in need. Founded in 2011, Uncharted Play reached $1.5 million in revenues in 2012, and in 2013 revenues are projected to double.

FAMILY BUSINESS OF THE YEAR AWARD NOMINEES
This award is presented to a family-operated business that exemplifies the combined experience and expertise needed to excel in a key industry. Johnson Security Bureau is a third-generation family-owned armed and unarmed security firm. After their father died in 2008, Jessica and Charles Johnson Jr. were left with the question of whether to make payroll or close the doors. They decided to keep the business and improve it, and since then have hired more than 50 new employees. Jessica, the company’s president and majority owner, has inked around 15 new contracts that expanded business operations to New Jersey. Corporations and financial institutions entrust the safety of thousands of their people and billions of their dollars in assets to JSB, a graduate of the Goldman Sachs 10,000 Small Businesses 2010 program. JSB’s 2012 revenues reached $2 million and are projected to exceed $2.5 million for 2013.

Being a Workplace Bully Pays Off? One Study Says Yes