Celebrate #BlackMusicMonth With the BE 100s 45th Anniversary Playlist

We’re ending Black Music Month on a high note by honoring the 45th anniversary of the BE 100s with a commemorative Spotify playlist compilation. Every song on this playlist of 45 tracks was produced by a record label once featured on our prestigious listing of the top black-owned businesses in the nation. Our 2017 list will be live soon.

Whether you prefer to “get your groove on” or “drop it like it’s hot,” gather up your crew for a Soul Train Line, because these classic hip-hop and R&B melodies will surely  make you want to, as Teddy Pendergrass says, “Get up, get down, get funky, get loose!”

Founded in 1971 by Kenneth Gamble and Leon Huff.

Founded in 1957 by Jim Stewart and Estelle Axton.

Founded in 1969 by Clarence Avant.

Founded in 1975 by Dick Griffey and Don Cornelius.

Founded in 1983 by Russell Simmons and Rick Rubin.

Songs From No Limit Records 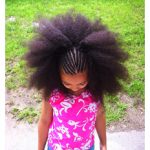 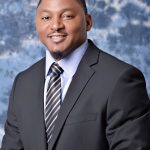