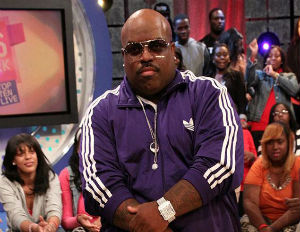 TMZ reports that the LAPD had his accuser make a “pre-text” callÂ in which she baits Cee-Lo into making incriminating statements. In the call, Cee-Lo is said toÂ admit giving her the drug Ecstay (MDNA) and then having sex with her while she was incapacitated.

Cee-Lo repeatedly apologizes to her on the tape and mentions MDMA (Ecstasy), saying that he thought the drug would help them have “an exciting time together” — though he doesn’t say specifically that he put it in her drink while she was unaware.

The woman told police that Cee-Lo took her to a restaurant in downtown LA; they had a drink, and the next thing she remembers is she woke up in a hotel room naked and Cee-Lo was in the room.

Read the story at TMZ.

Obama has Four-in-Five Chance of Re-Election on Tuesday