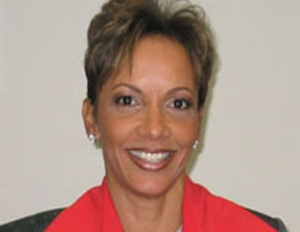 The Dormitory Authority of the State of New York (DASNY) announced that Carra Wallace, managing director of the Office of Executive Initiatives (OEI), will be leaving to work for the office of New York City Comptroller Scott Stringer as chief diversity officer. She is the first to ever hold such a position in the city.

Wallace joined DASNY in 2008, after a distinguished career of more than 20 years of public sector and Fortune 500 leadership.

She was responsible for DASNY’s successful strategic efforts in program and policy development, including maximizing the utilization of Minority and Women Owned Businesses (MWBEs), promotion of sustainable design approaches and construction practices, as well as marketing and communications with DASNY’s clients, vendors, government officials and the public.

During her tenure at DASNY, Wallace was awarded a Gubernatorial Citation from Governor David A. Paterson for Excellence in Leadership due to her role in promoting fairness and equity in State procedures.

In her new post, she will lead efforts to implement and monitor a letter-grading program for city agencies; work with the comptroller’s corporate governance team on supplier, workplace and board diversity initiatives; and lead Stringer’s advisory council on MWBEs.

“I am thrilled that Carra Wallace will be joining the Comptroller’s Office to lead diversity initiatives that will play a role in improving our economy, promoting competition for City contracts and expanding opportunity for all,â€ Stringer said in a statement.Â  “From prospective employers to job-seekers to taxpayers, everyone benefits when there is a diverse pool from which our City can procure goods and services. Carra’s portfolio will be expansive, from M/WBE contracting by city agencies to working with our corporate governance team to make the case for diversity in portfolio companies. There is much work to be done and I am excited to see how Carra and this office can be a force for economic justice.â€

“Carra has been an outspoken, creative and effective leader at DASNY. The organization has benefited enormously from her talent and her efforts,” said to DASNY Chairman, Alfonso L. Carney, Jr., in a statement.

NFL Running Back Retires at Age 26