'Born and Made' Campaign Celebrates Strength of Women 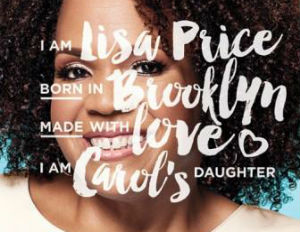 Popular haircare and skincare brand Carol’s Daughter has launched the #BornandMade campaign, a new female empowerment movement that celebrates the authenticity of every girl. A play off the brand’s tagline, “Born in Brooklyn. Made With Love,” the campaign honors the diversity and strength of women from all walks of life and ethnicities.

“It’s important for girls toÂ understand and recognize their powerÂ and the right way to use it. It’s imperative toÂ remind them of who they are, and what they are in the world. If I can help with that, then I’m getting up for a good reason every day,” Carol’s Daughter Founder Lisa Price said in a statement.

Carol’s Daughter has teamed up withÂ I Am That Girl, a nonprofit for girls to be inspired and motivated, for the campaign and many women across the nation, including celebrities—Â from beauty blogger Naptural85 to activist and writerÂ Michela Angela Davis—have gotten on board with support via videos andÂ personalizedÂ #BornandMade imagesÂ online atÂ bornandmade.com, which they can then share across social media.

Check out updates from celebs and women around the world below:

So we see that over 11,000 of you are pretty excited about #BornAndMade! Check out some behind the scenes here –> https://t.co/R5z2dR0oWf

Today is Thursday and #IamTHATgirl! We are all THAT girl! @iamthatgirl #BornandMade Be proud to be exactly who are! pic.twitter.com/4aQ1jz4UWd