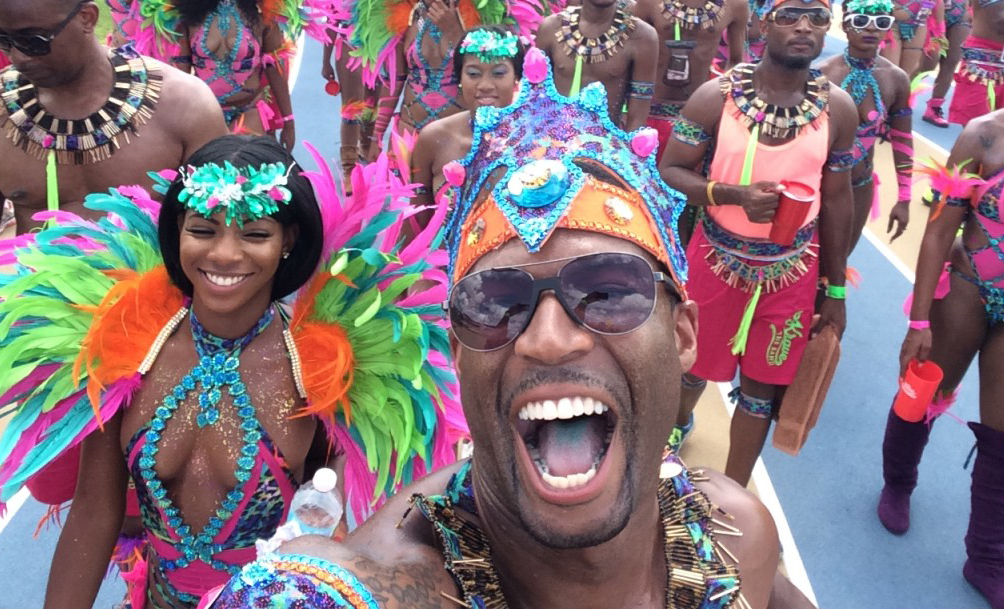 If you can’t get to Carnival, don’t fret, because Robert Riley is bringing Carnival to you. Hollywood Massive, Riley’s Carnival production company, produced its first event in Hollywood, California, in June, and he’s got plans to bring the party to wherever you are.

You may know Riley best as an actor. The 30-something, self-professed artist and storyteller appeared in the last Broadway production of Cat on a Hot Tin Roof with the legendary James Earl Jones, Phylicia Rashad and Empire‘s Terrence Howard. And he’s currently starring in the VH1 drama series Hit the Floor.

Riley talked to BE Modern Man exclusively about his latest venture, his inspiration and his purpose.

BE Modern Man: Tell us about Hollywood Massive

Riley: Hollywood, CA just had its fourth annual Carnival out here and I got wind of it. So instead of just being a participant, I decided that I could do a little better. Our goal with Hollywood Massive is to bring Carnival to everybody, because Carnival is an all-inclusive thing. It doesn’t matter what color you are, whether you’re a man, woman, boy, girl, short, tall, fat, skinny, black, white, gay, straight—it doesn’t really matter. So I wanted to bring my brand of Carnival, the way I understand it, here. I wanted to expose folks to a different way of partying, one that included everyone and wasn’t about bottle popping and stunting on folks and making other people feel bad. We’re going to produce Carnival every June out in LA but it’s also aimed at other cities—Brooklyn, New York; Miami; Boston; Atlanta, etc.

Hollywood Massive is also a production company, and we’re in the midst of launching a documentary series about Carnival and our participation in those Carnivals all around the world.

Trinidadian-inspired Carnivals happen all over. They’re different from Carnival in Brazil in that the average pedestrian can participate—you buy a costume, you’re in the band. So you’ve got the Labor Day Carnival in Brooklyn, Boston’s got one, Miami’s got one October 11, Caribana in Toronto is August third, there’s Carifest in Calgary (Canada), Rotterdam (the Netherlands) just had its Carnival, Notting Hill’s Carnival in England is the end of this month—yeah, they’re everywhere. And our documentary series aims to show you that. People from all over the world travel hundreds and thousands of miles to put on a pretty costume and have a great time with people they know and don’t know.

How did you come up with the idea for a Carnival production company?

My mother is from Trinidad and my father was from Barbados—the two biggest Caribbean nations that participate in Carnival. So if there’s one thing I know, it’s Carnival!

Where does your artistic inspiration come from?

My inspiration comes from my mother, from who she is as a woman. My mother raised me by herself and made a lot of sacrifices in order for me to be able to do what I do and stay off the street—play football, be a Boy Scout and all those things. She’s always been very accepting of whatever I’ve done and she’s never turned a friend away from my house. I was born here but I was raised in a culture that was different from Brooklyn, New York. So I automatically had to accept another culture as soon as I went to school. That made it easier for me to love culture. I was dancing to Salsa & Merengue before I ever knew one word of Spanish!  [Hollywood Massive] is just another vehicle with which to make my mother proud and prove to her that all of her sacrifices weren’t in vain.

[SURVEY] High School Graduates Not Ready for College or Work