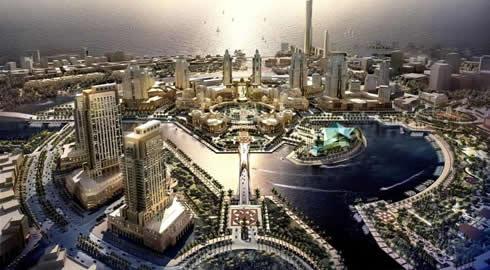 Capri Capital Partners L.L.C. (No. 4 on the BE ASSET MANAGERS list with $4.48 billion in assets) signed an agreement valued at $2 billion to develop part of the central business district in King Abdullah Economic City (KAEC), Saudi Arabia. The city, which has been in development since 2005, is envisioned as an economic epicenter modeled after Dubai.

According to Quintin E. Primo III, chairman and CEO of Capri Capital, the agreement makes the company the first international real estate investment firm to develop a world-class, mixed-use commercial and residential project in the city. “Saudi Arabia will operate as the starting point for what will be the firm’s expansion in essentially five key markets,â€ Primo says. He adds that over the next five to seven years, the company will expand into Brazil, Russia, India, China, and into more of Saudi Arabia. “All are major international emerging markets that have significant growth projects and that have bourgeoning middle classes which are driving the growth.â€

This is Capri’s first overseas development deal, but Primo expects its overseas investments to quickly become part of the company’s core business. “The United States is no longer the monopoly in terms of power and markets. Even though the U.S. is a deep market with a $13 trillion economy and 300 million people, we’re now having to share power and share markets with the likes of Russia, China, and India,â€ he says. “And we think that Saudi Arabia–with 25% of the world’s proven oil reserves, with a tremendous transfer of wealth occurring, and oil near $140 a barrel–is a country that the U.S. must share power with and share markets with.â€

Primo says that these overseas investments will propel company assets to $20 billion within the next five to seven years, mainly driven by international expansion and a focus on urban markets in the U.S. “When we hit $20 billion, we believe it’ll be 50% U.S., 50% overseas.â€

Capri’s project will feature two one-million-square-foot office towers, two 300-400 room hotels, for which Capri is currently in negotiations with Waldorf and St. Regis. The project will also have a 500,000-square-foot retail mall at the base of the towers and two residential condominium projects consisting of 200-300 units each. Lastly, it will have a convention center along with a convention center hotel with 1000 rooms. Capri Capital will also own the land. When completed, KAEC is expected to become the third largest city and biggest seaport in Saudi Arabia.

The deal was signed with Dubai-based Emaar, one of the world’s largest publicly traded real estate companies, and Saudi Arabian General Investment Authority, the government-created branch that handles foreign investment. Emaar is the master developer on KAEC, the largest private sector-led project in the region. The planned city has six key components: the seaport, industrial zone, central business district (including the financial district), resort district, educational zone, and residential communities.

The Beat Goes On