You Can Go to Business School for Free (Almost, Maybe) 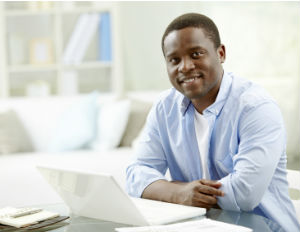 Stanford Graduate School of Business, one of the top ranked business schools in the country according to U.S. News & World Report, is offering up to three students a two-year fellowship that covers the tuition and fees of its two-year graduate program.

That is, if you’re willing to live in the Midwest.

Stanford is in California, not far from fabled Silicon Valley, which its graduates have had something to do with creating and sustaining. But now, the school is looking at economically less developed areas of the country, and for the inaugural year of the Stanford USA MBA Fellowship, that locale is the Midwest.

The Deadline Is Looming

The first application deadline, Sept. 27, has already passed, but you can apply in the second round, which has a deadline of Jan. 10, according to the school’s website. You cannot apply for the fellowship in the third round.

Make sure you read the fine print, because Stanford is serious about its commitment to economic development in the country’s Midwest region–which means the following states, for the school’s purposes: Illinois, Indiana, Iowa, Kansas, Michigan, Minnesota, Missouri, Nebraska, North Dakota, Ohio, South Dakota, and Wisconsin.

You’ll have up to two years after graduating to move to the Midwest for at least two years and begin contributing to the region’s economic development. If you renege on your promise, you’ll have to pay the $160,000 back to Stanford.

I’m from New York. I went to school in Indiana, and I don’t remember having any experiences of bias the four years I was there. (Although, I do remember a friend with whom I’d visited a cemetery office, silently pointing out to me the colored section on an old cemetery map. That surprised me–I had really believed that such segregation practices had been limited to the South.)

But it’s recently been reported that of the 10 worst places in the U.S. for African Americans to live, all are in the Midwest and four are in Illinois alone. In measures such as income, homeownership, and employment, black residents in these states compare unfavorably with whites.

These Rust Belt states once enjoyed a robust manufacturing sector, much of which have since–well–rusted. Perhaps that’s why Stanford wants to bring bright, innovative, and creative thinkers in the form of its graduates to the Midwest–if only for two years. The school plans to commit to other underserved areas of the country in the future.