Doing Business with a Smaller Government 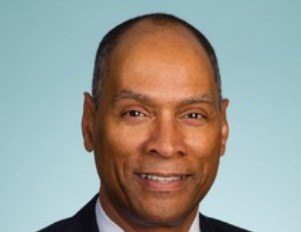 Capstone Corp. (No. 52 on the BE INDUSTRIAL/SERVICE list with $67.9 million in sales) was founded in 1984 in response to a Department of the Navy request for part-time Information Technology consulting services that Chairman and Founder, William J. Moore III, eventually made a full-time business. The company now has three branches: a Military Civil Operations business unit, Enterprise System Support Unit, and Administrative Support Unit.

BLACK ENTERPRISE spoke to Moore about his government contracting business about how the political climate is impacting business. Here’s what he had to say:

The government is doing a lot of in-sourcing, bringing things inhouse now. Is that in fact happening in your industry as well?

Moore: Well, that’s happening in all parts of the government industry. There are two thoughts on that. One is that the government contracted out many, many functions and one factor was that functions that perhaps should have been handled by government folks had been contracted out. You have folks that say that the government should be smaller so bringing people in isn’t the best thing. As well contractors have limited span on our work. If you give us three years job, at the end of the job if your budget has changed and you don’t want to do that work anymore, you can tell us our contract is over. But if you’ve employed the people then you’ve got to continue their employment. It doesn’t see to be happening as frequently now just because of the cost. There is a substantial commitment to employing a full time person fully benefited with the potential for retirement as opposed to contracting someone for a two or three year contract.

Does government is in-sourcing make the contracting process even more challenging in terms of not knowing overhead, how many people you’re going to have to hire?

Moore: Well, it’s more challenging, but at the size our company is now, as opposed to where we started and the type of work that we have, we are more able to understand longer-term requirements and to pitch our expertise. We also have some ability to try to retain some of our people who are subject matter experts than we would have had 20-years ago. If the government says, “Hey we’re not going to continue this work,â€ they would have the options of hiring people if we can’t place them, but we’re going to try to place them. We have more opportunities to place them. With a 400 to 450 workforce and multiple contracts across diverse agencies, you have more opportunity to retain your knowledge base of personnel and staffing and expertise than you do when you’re a ten person company.

What are some of the things you had to do in light of a scaling back government?

Moore: Well, the thing that we’ve had to do the most is to understand how we can provide value in a cost constrained environment. The government contracting industry is a highly regulated industry. The government has the right to audit you to insure that you’re getting a reasonable profit but not excessive, that your rates are what they say they are, that you’re costs are reasonable and inline with what you said they’ve been. So, given that and given that now the government, more so than the in-sourcing, which is abating some, is the government has moved now to what they call technically acceptable low cost procurement. This means that the person that has a technically acceptable response to a procurement request and has the lowest cost is the winner. Not necessarily the one who provides the best value or has the most experience, but the one that is technically acceptable and has the lowest cost.

So, this has changed the paradigm for government contractors significantly where that’s the case. It’s often not that difficult to have ten or 12 technically acceptable responses, but they’re going to take the lowest cost rather than perhaps the person who has the most expertise or who has the most innovative idea or who can provide the best value long-term or who has the workforce who has the most experience. They’re just going to take the lowest cost. I’m sure that you can imagine that what that means in terms of what the response might be operationally once you implement that kind of contract. Â So, that paradigm has been something that everyone has had to react to because we’ve had to think about how can we provide value. But at the same time, at a cost that is acceptable — a technically acceptable response with a cost that is low enough to win. If you can’t do that, you’re not always going to win the work.

It sounds like it will squeeze the heck out of your margins.

Moore: Well, it squeezes your margins and it causes you to consider the risk of execution. In a service company like Capstone, our reputation is everything, our ability to be able to really satisfy the client. Our motto is, working for your success. We say that our goal is that at the end of the engagement you feel that you’ve been successful, that your mission has been accomplished, what ever that is, the tasking requirements that you’ve given us have been satisfied. We will understand what your mission is and support it. It makes us look internally at how we can operate and function with a lower cost. How can we get the best people to come aboard and entice them to stay with us and to be with us when we’re not one of the billion dollar first tier contractors here?

What advice would you give someone else that’s looking to get into this type of business?

Moore: Well, I would say that if you wanted to get into this kind of business, I would say, the thing that you really need to keep in mind is that it’s a highly regulated business. Don’t misconstrue the opportunity as one that is very easy to obtain. You need to understand the environment very well to be successful in this business. People say that they get five-year multi-million dollars contracts. That’s true. You could get that, but don’t misunderstand that that means that you’re getting $5 million dollars. You’re not. There are a lot of costs associated with that. It’s easy to lose money. You could potentially lose money on that also. You need to understand clearly that this is a highly regulated business that you don’t get to control everything that you do. The government has a say in the regulatory aspects of it. So that would be one thing.

The second thing is that, you’ve got to love to have that business. You’ve got to really want to make it successful. It will take a lot of your time. It will take a lot of your energy. If you’re going to build it you will need people to understand and believe in what you’re doing and to follow you into that. You can’t make it by yourself. You need to have an organization and you need to be able to support that and be able to keep that going. Those for us have been some of the key things. We don’t really do anything but send people to work. So, they need to believe in our culture. they need to be motivated, they need to want to stay with us as opposed to just work on the contract that they’re on.

68% of Customers Don’t Pay Attention to Brands on Facebook