Burglar Gets Black Eyes and Stitches After Breaking into Home 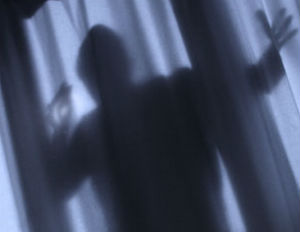 Norm Houston, the homeowner, told police he found Wise inside his garage.

“I heard a thumbing noise on my garage door,â€ Houston said. “I swung open my backdoor and somebody was standing there.â€

Houston was face to face with Wise.Â According to Oklahoma City Police, that’s when Wise attacked Houston.