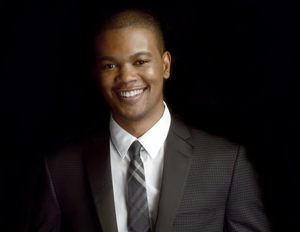 During Christmas Day 2012, while there was a snowstorm outside, Ryan Glen Golphin sat brainstorming inside. Despite the festive season, scarce employment opportunities and the nation’s skyrocketing unemployment rates had the Kent State University alum feeling blue.

He’d already found unexpected success with his iPhone app UnWord, which resulted in nearly 10,000 downloads in more than 50 countries. But that wasn’t enough. “I wanted to tackle something that was bigger than me. How could I create a way to put income in other people’s pockets?â€ he wondered. Then it came to him. “So many people want to save money and other people want to make extra cash. I can create a mobile platform where you hit a button and someone comes to your house to shovel snow or cut the grass.â€

It’s literally just that simple. Bizibid, which launched July 11, has the potential to link millions of job seekers around the world to unlimited work opportunities. And since anyone can post a job based on what they are able to pay, it gives job posters an opportunity to take advantage of huge savings in the process. Posters can request odd jobs and errands ranging from lawn care to picking up dry cleaning to walking dogs.

“I know what it is like to lose your car and to get an eviction letter. There were times when I didn’t know what I was going to eat the next day. I created this platform for people who are where I was and just need the extra money,â€ says the 28-year-old tech guru who once worked as a loan officer. Bizibid is set up to pay the worker the very same day they do the work.

Combatting job discrimination factored into how the site is set up. Job posters don’t see your face. They see the quality of your work, the ratings you have, and pictures of your prior work. There are no profile pictures, but each worker gets a “busy card.” The card’s color–green, silver or gold–indicates whether the user is a beginner, intermediate, or expert worker based on the star rating they receive from employers. A VIP card has more than 25 five-star ratings.

“I wanted to offer a platform where people wouldn’t have to deal with prejudice in 2015,â€ says Golphin. “It’s like Craigslist or the classifieds but much safer. When you look at the Chicago Sun Times classifieds, you really don’t know who the person is. But we’ve added a rating system, and we have everyone’s information on the back end. So if something goes awry, we know how to direct law enforcement.â€

Bizibid is currently an online platform, but the team plans to take it mobile. Currently, there is a 10% fee on each Bizibid listing, and an algorithm automatically calculates the amount of the fee based on how much you can pay. In addition, the platform rewards users by giving them 2% off of job postings they refer.

With competitors like eLance and Taskrabbit, who have been in the “name-your-priceâ€ errand game for years, observers might think Golphin is out of his league – even with five successful apps under his belt. But Golphin’s team, which includes Hudson, Ohio-based SGM Games cofounder, Gary Nunley Jr., has a secret weapon. Jeff Hoffman, the founder of Priceline.com, is a Bizibid adviser. “I’m going to follow in his footsteps,â€ says Golphin. It looks like he’s planning to take the world by storm.

Tips for Using Visual Content Marketing to Explode Your Brand