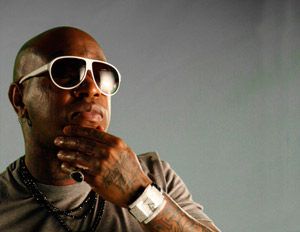 Born and raised in New Orleans, Louisiana, Bryan “Birdmanâ€ Williams (f.k.a. Baby) grew up with the odds against him, but the music industry veteran used his business savvy to catapult himself beyond the expectations of his environment. Today, Williams, along with his brother Ronald “Slimâ€ Williams, heads the multimillion dollar record label, Cash Money Records, which is home to hip-hop superstars like Lil Wayne and his Young Money roster (Drake,Â Nicki Minaj, etc.).

Not limited to hip-hop, Cash Money recently inked a deal with Florida-bred rock group, Limp Bizkit. “I was a fan of Limp Bizkit and Fred [Durst]. He is a great artist,â€ says Williams of deciding to bring the five-man rock group into the Cash Money family. “I want him to release music, and develop our rock department, both with his music and even [by] bringing in talent.â€

While his empire was built on music, Birdman has spread his corporate wings into other mediums, including publishing with the launch of Cash Money Content, a book-publishing house under the Cash Money umbrella. With the intent of making a positive environment for other African American children like himself, Williams has taken on the mission to get “more of us reading as a people.â€ Based on his rags to extreme riches story and understanding of the importance of literacy, BlackEnterprise.com sat down with Williams to understand the man behind the Cash Money machine.

The Cash Money brand has been extremely successful in music industry over the last decade. What made you want to branch off into publishing with Cash Money Content?

One of my personal reasons, I think we should read more as a people. And me, personally, I felt like I should read more. We have so much influence on the music world, I just wanted to convert it with books, and just get us [people of color] to read more. I think reading exercises the mind. To be special in life, we have to be self-educated, and I consider myself self-educated.

What have the fans’ reactions to the books thus far?

The whole thing has grown fast. The cross-promotion from our music company to our book-publishing company [has] had an instant impact.

A lot of notable names are on the publishing lineup; how were you able to secure the authors released under Cash Money Content?

We have a [literary] agent named Mark, who really helps us with this company. He really brings a lot of writers like Wahida [Clark] and Ashley & JaQuavis–those are real book writers. Evelyn Lozada [from Basketball Wives] came through Theresa, [rapper] Bow Wow’s mama, who is a friend of Evelyn’s. I think [with] Evelyn and everything she has going on, her book is going to be very special. I’ve been a friend of [radio personality] Big Boy for about 15 years, [and] I heard about [his] situation. I wanted that opportunity to be able to do some business with him.

Do you have any plans beyond simply publishing these books and possibly turning them into films?

We’re putting out like 10 books this year to my knowledge, so we’re just trying to grow with it. A lot of the books that we do I want to turn into movies. We’re working on [a] script right now. The whole goal for me is to turn them into movies and to get more of us reading as people.