My Brotherâ€™s Keeper Invested Over $1 Billion In Black Boys 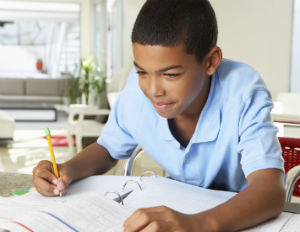 Two years have passed since the president signed a Presidential Memorandum in 2014 establishing the My Brother’s Keeper Task Force, a coordinated Federal effort to address persistent opportunity gaps faced by boys and young men of color and ensure that all young people can reach their full potential.

In response to the president’s call to action, nearly 250 communities in all 50 states have accepted the president’s My Brother’s Keeper Community Challenge; more than $600 million in private sector and philanthropic grants and in-kind resources and $1 billion in low-interest financing have been committed in alignment with MBK. New federal policy initiatives, grant programs, and guidance are being implemented to ensure that every child has a clear pathway to success from cradle to college and career, states the MBK Task Force.

Since MBK’s first anniversary report a little more than one year ago, more than 50 additional communities have accepted the My Brother’s Keeper Community Challenge, including those in seven new states, independent private sector support for grants and in-kind resources has more than doubled to more than $600 million, and more than 80% of the recommendations the MBK Task Force sent to the president two years ago are complete or on track.

As part of the Administration’s Summer Opportunity Project, in February 2016 DOL launched a new $20 million grant competition that will be awarded to approximately 10 communities for innovative approaches that provide young people with summer and year-round jobs and connect them to career pathways. CNCS has committed $15 million in existing Segal AmeriCorps Education Awards over the next three years to launch Summer Opportunity AmeriCorps that willÂ enable up to 20,000 youth to gain new skills and earn money for college.

In July 2015, ED and DOJ announced the “Second Chance Pellâ€ pilot program that will enable incarcerated Americans to receive Pell Grants to finance the post-secondary education and trainingÂ  instrumental in securing employment, stability, and self-sufficiency.

In Philadelphia, 10,000 teens and young adults were hired for jobs and internships as part of the 2015 Summer Jobs Challenge, while in Compton, California. The “Compton Empoweredâ€ Gang Violence intervention program resulted in a decrease in homicides of nearly 50% from 2014 to 2015. Some 40 school districts across the country have committed to reforming discipline policies, with Miami-Dade School District announcing it will eliminate out-of-school suspensions.

In May 2015, a group of private-sector leaders joined together to launch the My Brother’s Keeper Alliance (MBKA), a nonprofit that supports boys and young men of color. The founding board of directors collectively committed $80 million in financial donations to support the organization’s mission.

[EXCLUSIVE] Charlamagne: ‘The Soul of the Country is at Stake’