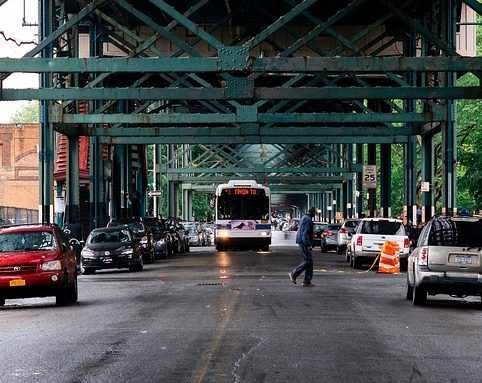 Atlantic Plaza Towers is a 718-unit apartment complex in the Brooklyn neighborhood of Brownsville, which is largely African American. Tenants there are fighting the landlord’s plans to install facial recognition technology in their building.

The landlord, Nelson Management Group, filed an application to install the tech with New York State Homes & Community Renewal (NYSHCR)—which can approve or deny the request.

This is the first time a property manager filed an application for facial recognition technology with NYSHCR according to The Brooklyn Eagle.

The tenants, who normally use a key fob to access the building, are claiming the plans for facial recognition are problematic for several reasons. 130 residents filed a petition against the technology.

First, as with other inner-city areas in Brooklyn such as Bedford-Stuyvesant and Bushwick—once largely African American communities—Brownsville is undergoing gentrification. Nearby the East New York section of Brooklyn, the area has close proximity to Manhattan and relatively low rental fees.

Second—there are data privacy concerns. “Residents should not have to live in fear that landlords are tracking their comings and goings and amassing sensitive data on tenants and their guests,” the New York Civil Liberties Union stated in a letter, according to The Brooklyn Eagle.

Lastly, there are issues with facial recognition technology’s ability to scan darker skin.

The proposed technology is made by StoneLock. In an emailed statement from the StoneLock CEO¸Colleen Dunlap, to BLACK ENTERPRISE, she addressed some of the concerns:

“Unlike surveillance systems that captures photographs of the general public, StoneLock only interacts with enrolled users and does not perform surveillance on the user once access to the premises is authorized.

In order to maintain an optimized system, user data (even the 5% of the user profile) never leaves the system, always existing either on a Gateway or pushed to a GO within the control of the customer. StoneLock does not have access to any user data and cannot provide any user data in response to government or third-party inquiry.”

A representative for Nelson Management Group said via an emailed statement, that the petition was signed by just 130 of more than 2100 tenants. They also pointed out that facial recognition  “has been applied in the multifamily housing sector before, including at Knickerbocker Village in the Lower East Side and the Morris Avenue Apartments in the Bronx owned by Omni New York LLC.”

The property management company also addressed the tenants’ concerns in the statement:

“Nelson Management Group prioritizes identifying and implementing cutting edge technology at all our properties to create a safer environment for tenants and provide the highest-quality housing in the rent-stabilized market. The sole goal of implementing this technology is to advance that priority and support the safety and security of residents.

We have yet to install anything having to do with a facial recognition system. We have engaged a leading provider of security technology for proposed upgrades, which has assured ownership that data collected is never exposed to third parties and is fully encrypted. We appreciate engagement from tenants on this matter and look forward to feedback from DHCR [Division of Housing and Community Renewal]. As always, we will comply with DHCR’s recommendations and keep tenants updated on implementation should we move forward with this upgrade in security technology.”

“NYS Homes and Community Renewal’s Office of Rent Administration yesterday received Brooklyn Legal Services’ objections on behalf of the tenants to the owner’s application for service modifications, and this application continues to remain under review.” 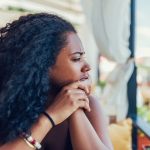 Black Women: Mental Health Treatment is For Us Too 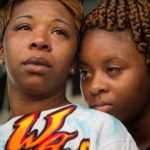 From Sorrow to Strategy: 7 Black Women Who’ve Turned Their Agony Into Activism