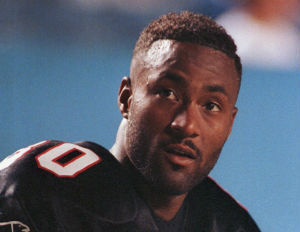 Kanye West’s never been one to mince words to minimize shock value. So it was with a grain of salt that most took his quasi-introspective lines about being young and rich in the song “Cliqueâ€ on the G.O.O.D. Music compilation album: “You know white people get money, don’t spend it. Or they get money, buy a business … I’d rather buy eighty gold chains and go ig’nant.â€

Westian ignorance, here, can safely be described as the lavish spending of many who never had anything at all. Many times it’s those folks who lose it all — fast and often in spectacular fashion. On Tuesday, October 2, ESPN’s 30 for 30 series will air the documentary Broke, the latest installment of ESPN’s 30 for 30 series which chronicles the head-shaking stories of athletes who squandered away their fortunes. BlackEnterprise.com talked with Broke producer and Rakontur Films co-founder Alfred Spellman by phone from Miami. Spellman dishes on race, how the issue isn’t just limited to men and considers the extent to which the major sports leagues are responsible for its players’ financial behavior.

BlackEnterprise.com: I don’t think I have to ask if you’re excited or not.

Alfred Spellman: [Laughs.] Well the editor just delivered the movie on Saturday. So it came right down to the wire for us, but three days before [Tuesday] but we got it done.

You finished the movie on Saturday?

Yeah, we just finished the movie on Saturday.

What happened was, we did a works-in-progress screening at the Tribeca Film Festival in April. And you can’t go a week without opening the newspaper and seeing you know, troubles with a new athlete or celebrity who are suddenly in financial straits. We wanted the movie to be as up to date as possible so we shot a few new interviews over the summer and literally we’ve been editing up until Saturday.

It must have been tough to get people to talk about this topic.

I think first off it’s a matter of access. We wanted to get as many personal stories as we could get. In our documentaries — Cocaine Cowboys, The U — we always try for the first person account. For us, it was a matter of figuring out who’s going to talk to us. There’s hardly a more sensitive subject to try and get people to talk about. Maybe religion or politics. But money is certainly right up there. It was really a matter of trying to find people who would be willing to open up and luckily we got a lot of great stories. I hope that ultimately the documentary starts a discussion about this issue. I think most people just say, ‘You’ve got to be dumb to blow through $100 million,’ when the fact is it’s much easier than you think to end up in financial straits. I hope we get that across in the documentary.