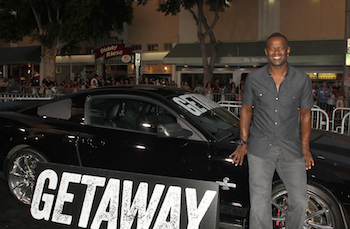 The story of Brian McKnight has included Billboard No.1 chart toppers, ASCAP and Grammy awards, and earlier this year, the distinction of being one of California’s Top 500 Delinquent Taxpayers.

AOL initially broke the story reporting that McKnight is facing a $1.5M tax lien, which has resulted in the singer-songwriter filing a lawsuit against his accountant, Vernon Brown. The 45-year-old crooner recently opened up about his financial woes with the IRS to HuffPost Live on Wednesday (June 4).

“When you have business managers, when you have folks managing your money, it’s very important that you know where every single penny of yours, not just the dollars, is going,” he said. “And that those people are doing their due diligence to make sure that you’re on time with the things that you need to be on time with.”

Despite any upset feelings McKnight has about his financial woes, the R&B legend offers a bit of advice for those not looking to follow his footsteps. “We basically all work just to pay taxes, let’s be real about that. When those things lapse, there can be some bad things that happen.”

Currently, Brian McKnight is preparing a greatest hits album, which is slated for release sometime this year.

More Than 40K Magazine Jobs Lost In the Last Decade