8 Brands That Excel on Snapchat 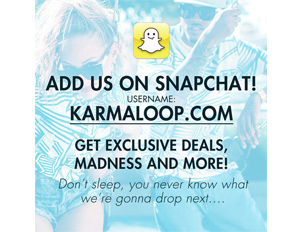 The New York-based frozen yogurt chain is scooping up new consumers with its sweet Snapchat strategy. In January, 16 Handles asked its fans to snap a picture of themselves at one of its locations. Participating Snapchat users received a snap with a New Year’s promotional coupon for 16%, 50% or 100% off.

Taco Bell is letting brands know they can leverage Snapchat’s Stories feature, providing very simple, brand-appropriate anecdotes. It used the app in May to let customers know the Beefy Crunch Burrito would be returning to stores.

Tapping into the company’s large Twitter following, the luxury division of the Honda Motor Company revealed its Snapchat accounts via the micro-blogging platform. Acura introduced its new NSX Prototype in a six-second clip to the first 100 people who added the brand on Snapchat. It later released the footage on Instagram and Vine.

The multi-platform online retailer sends snaps of exclusive deals, as well as model shots. When it launched its Snapchat account in July, its blog announced that it will snap “behind-the-scenes looks, fresh product drops and office antics (we may throw in a few selfies, too).â€