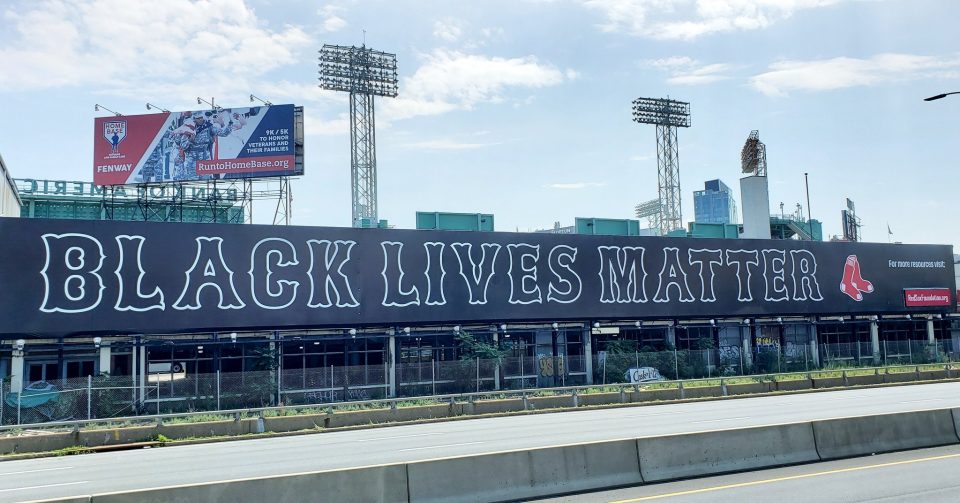 The Boston Red Sox are showing their support for the Black Lives Matter movement, placing a 254-foot billboard with the phrase running alongside the Massachusetts Turnpike.

The Red Sox were the last team to sign a Black player after Jackie Robinson desegregated the league. Now according to CNN, it’s trying to set an example in a time of social justice.

“Recognizing that we have work to do ourselves, we wanted to show that we stand with those who are working to achieve racial equity,” Red Sox spokeswoman Zineb Curran told CNN in a statement. “The billboard is operated by the Red Sox Foundation and one of the ways we plan to feature the Black Lives Matter movement throughout the baseball season as a way to amplify the voices of those who share our values, but may not share our platform.”

The Red Sox Foundation also features a June statement from president and CEO Sam Kennedy, condemning the murders of George Floyd, Ahmaud Arbery, and Breonna Taylor, calling them “stark reminders that racism and police brutality continue to be pervasive in America.”

The foundation also tweeted that as part of its “commitment to amplify social justice,” it put together a resource guide “outlining educational materials and recommended ways to help.”

Red Sox manager Ron Roenicke said players were told they can express themselves as they wish, which includes kneeling during the national anthem during the season.

“We haven’t told players you have to do anything,” Roenicke told reporters in a press conference. “We’ve given them the rights, which is what this country is all about, and the freedom to do what they feel strongly about. So we have said what we think and what we’d like them to do, but we also want to give them the opportunity to express themselves.”