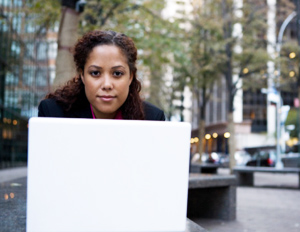 Nigeria has surpassed South Africa as Africa’s largest economy, according to reports, with the West African country’s GDP at more than $500 billion. The new value of the economy includes new data from sectors including telecommunications, airlines, information technology and particularly, Nollywood, the country’s film industry, now accounts for about 1.3% of total output.

“It comes as no surprise data from Nollywood has been included in the recalculated GDP figures for Nigeria,” said Jason Njoku, co-founder and CEO of iROKOtv, the VC-backed Video-On-Demand (VOD) platform for Nollywood movies. “It has been growing steadily for the past 20 years and can legitimately be uttered in the same breath as the likes of Hollywood and Nollywood when it comes to movie output data, with some 1,500-2,000 movies being made every year.”

“Nollywood is the most hard working, brutal and dynamic of industries that Nigeria has spawned,” he added. “It is an economic miracle that the industry has not only flourished, but grown exponentially, considering the conservative budgets movie producers have to work with, as well as the antiquated methods of distribution that held the industry back for so many years.” Since 2010, iROKOtv has secured a total of $21 million in funding, making it one of the top-funded startups in Africa.

With Nollywood being a growing industry that has widespread reach via its consumers and professionals in Africa, the Caribbean and Europe, the new numbers hint at possibilities for job growth and entrepreneurship in the industry. Forbes contributor Mfonobong Nsehe and many other industry watchers hint at this. “Nollywood is coming of age; its producers and other leading lights are more ambitious than ever before, and they are catching up with Hollywood, slowly albeit steadily. With time, the industry will be rewarded with the critical reception it currently lacks among great world cinema,” Neshe writes.

This Device Can Charge Your Phone in 30 Seconds or Less

Is Tweeting Ruining Your Relationship?