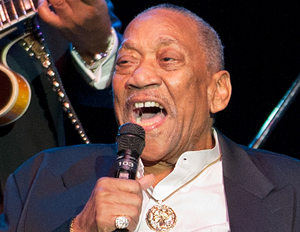 “Ain’t no love, in the heart of the city,” may be a famous chorus in a Jay-Z song, but it’s soul and blues balladeer Bobby (Blue) Bland we should thank for it.

Bland, who helped modernize blues music, died from complications of an on-going illness in Memphis, the New York Times reports. He was 83.

Although hardcore music heads likely know Bland’s name, he never achieved the popularity of contemporaries Ray Charles and B. B. King. His greatest success was always in the rhythm-and-blues market, where he charted with a total of 63 singles from 1957 to 1985.

Bland was inducted into the Rock and Roll Hall of Fame in 1992 and received aÂ Grammy Award for lifetime achievement in 1997, according to te Times.