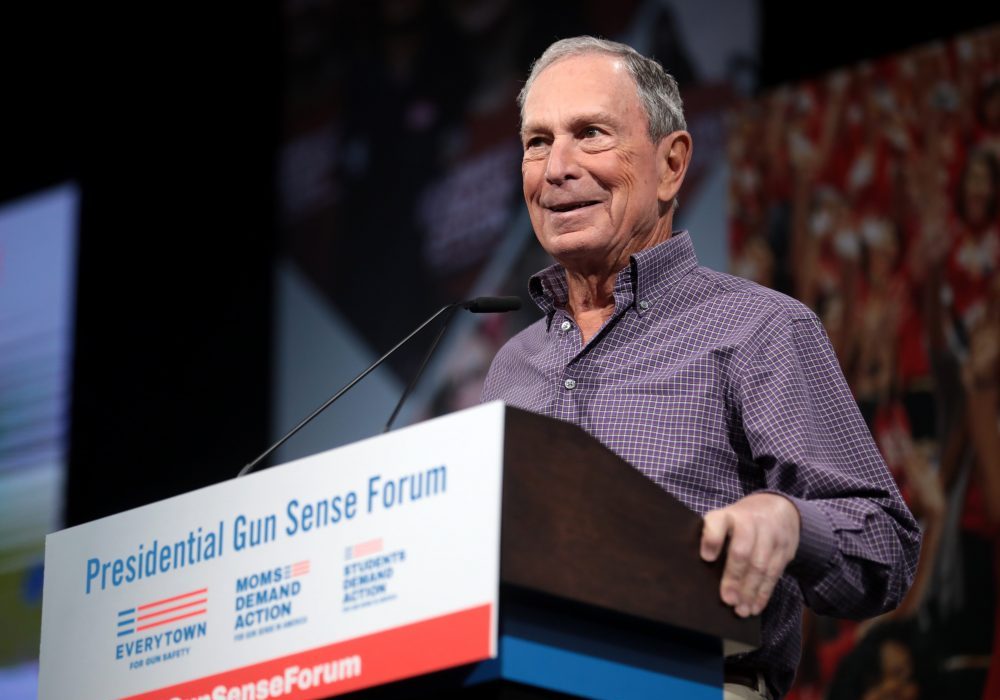 The race to win the black vote is heating up. To court African Americans—a key voting bloc in the 2020 election—many candidates vying for the Democratic nomination have rolled out sweeping reforms targeting black and brown communities like Elizabeth Warren’s $50 billion plan to invest in HBCUs and Bernie Sanders’s aggressive criminal justice overhaul. In addition, former New York City Mayor Michael Bloomberg unveiled a plan to advance black economic empowerment during MLK weekend. His initiative aims to create a million more African American homeowners and invest $70 billion into 100 disadvantaged neighborhoods around the country. Another major pillar in the racial wealth plan is to help 100,000 black business owners gain access to capital.

“The average black family has only 10% of the wealth of the average white family [for] a variety of reasons. But the question is, what can you do about it?” the Democratic contender told BLACK ENTERPRISE. “I’m a big believer that economic empowerment and education are the two real drivers in terms of trying to make this country much more egalitarian and tolerant.”

Titled the “Greenwood Initiative: Economic Justice for Black America,” the proposal is named after an historic district in Tulsa, Oklahoma, which once housed the original “Black Wall Street” before it was burned down by angry white mobsters during the 1921 Race Massacre—a little known atrocity that even Bloomberg admits he just discovered three months ago. The former mayor announced the plan at the site of the massacre that killed and displaced thousands of African Americans and left the once-affluent black enclave in ruins. “I do believe the next president has to make the issue of economic inequality a top priority, and there’s no better place for me to talk about it than right here in Greenwood,” Bloomberg told parishioners at a packed Sunday service held at the Vernon Chapel AME Church.

In addition to denouncing the systemic bias that has blocked African Americans from building wealth, the business tycoon also acknowledged how white privilege gave him a leg up as he was building his $60 billion empire. “As someone who has been very lucky in life, I often say my story would only have been possible in America, and I think that’s true,” Bloomberg said later that day while at the Greenwood Cultural Center. “But I also know that my story would have turned out very differently if I had been black, and that more black Americans of my generation would have ended up with far more wealth, had they been white.”

Days after his visit to Tulsa, Bloomberg hit an all-time high in the polls. According to Morning Consult’s latest poll, he rose to 10% nationally among Democratic voters, putting him in fourth place behind former Vice President Joe Biden, Sanders, and Warren. Bloomberg is also now ahead of Mayor Pete Buttigieg, Sen. Amy Klobuchar, and entrepreneur Andrew Yang.

Gregory Robinson, a Tulsa-based community activist and the director of Family and Communications Ownership at the METCares Foundation, says he left the Vernon AME church service feeling better about Bloomberg.

“When you see a billionaire stand up in a church like the historic Vernon AME church and deliver a message that speaks to the need to make good or make right some of the wrongs that have been done to African American citizens in this country, that certainly is a hopeful message to hear,” Robinson told BE.

“Whether you’re talking about the community in Greenwood, the original Black Wall Street, or you’re talking about communities of African Americans across this country, we continue to be victimized by racial discrimination and oppression, but then asked to overcome it. At least Michael Bloomberg acknowledged that something needed to be done economically,” he said.

Robinson also applauded Bloomberg’s multi-faceted initiative, which would require bias training for police, teachers, and federal contractors, and address voter suppression by cracking down on voter ID laws, poll purging, and gerrymandering. “It’s not just as simple as trying to create jobs for African Americans,” he said. “Along with jobs, you have to make it safe for African Americans.”

Nevertheless, Robinson, who’s been fighting to revitalize Black Wall Street, says he welcomed Bloomberg’s message but received it with “cynical ears and a questioning eye.”

“He was in charge when stop and frisk was instituted,” he said, referring to the notorious police practice that Bloomberg implemented that disproportionately targeted black and brown New Yorkers. “It sounded good and I will give him credit for having the guts and stepping out there and saying it, but it’s yet to be seen if something like that will actually come to pass or whether it’s just a tool to get votes,” Robinson added about Bloomberg’s Greenwood Initiative.

If elected president, Bloomberg says the biggest challenge to implementing his economic plan wouldn’t be funding it, but rather achieving a consensus of political will power to execute it. “Seventy billion dollars, to put it in perspective, is about $6 [per] household across the United States. And it’s not a lot,” he told BE. “It’s not one of these things like Medicare-for-All, where you’re talking about not billions, but trillions [of dollars].”

Although Bloomberg has a way to go to court the black vote—polls show he’s one of the most unpopular candidates among African Americans—some in the black business community are singing his praises.

“Mike Bloomberg is an American success story,” says John W. Rogers, an investor and the founder of Ariel Capital Management, the largest minority-run mutual fund firm in the country. “He knows what it takes to be a successful entrepreneur. He understands the challenges and how tough it is.”

Rogers says he’s backing Bloomberg because they share the same values about gun control, financial literacy, and the vital role black businesses play as the heartbeat of black communities and economic empowerment.

“The mere fact that he’s talking about it will bring great opportunities for all of us. And again, his solution, I think, is going to be very helpful.” He added, “Bloomberg has that ability to inspire leaders to do business with black businesses.” 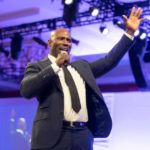 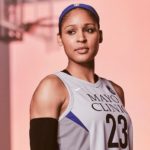