The rate of African Americans adopting broadband has grown to 56% from 46% at a similar point in 2009. That translates to a 22% year-on-year growth rate, much higher than the national average and the highest growth rate of any major demographic group, according to the latest research from the Pew Internet & American Life Project.

While the gap between whites and blacks has been cut approximately in half over the last year, African Americans still lag in their use of broadband technologies. In 2009, the gap between blacks and whites was 19 percentage points (65% vs. 46%); in 2010 that gap stands at 11 points (67% vs. 56%).

When survey participants were asked: “Do you think that expanding affordable high-speed Internet access to everyone in the country should be a top priority for the federal government, important but a lower priority, not too important, or should it not be done?â€ People under age 30 and African Americans were the most likely to favor expanded government efforts towards broadband access. Older Americans were among the least likely to back the expansion of affordable broadband access as a government priority.

African Americans were also significantly more likely than whites to say that a lack of broadband access is a “major disadvantageâ€ when it comes to finding out about job opportunities; getting health information; learning new things to improve or enrich one’s life; using government services; and keeping up with local community happenings. 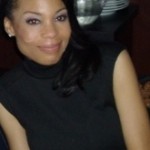 Nonprofit Insider: 4 Things to Do Before You Start a Charity