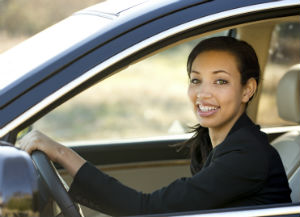 The significance of buying black has been pointed out by scholars and activists for decades as an avenue to strengthen communities, by providing jobs and circulating dollars back into black-owned businesses to keep their doors open.

The purchasing power of African American consumers has reached $1.1 trillion. Yet, the lifespan of dollar is six hours in the African American community, a figure often cited. There also is a huge wealth gap among black and brown people of color–six cents for every $1 of wealth found in white communities.

To help close this gap, Black Enterprise is sounding the alarm under the banner #BlackBizMatters.

“There is tremendous buying power as it relates to minority consumers purchasing new cars and trucks,â€ according to Damon Lester, President of the National Association of Minority Automobile Dealers (NAMAD), America’s largest minority dealership group. “While 30% of all new vehicles are purchased by minorities, only 5% of American automotive dealerships are minority-owned,â€ he told the Michigan Chronicle.

The great recession, coupled with the 2008 to 2010 auto industry crisis, led to many black auto dealers closing their doors for good. The 2008 BE 100sÂ Auto Dealers list marked the decline of the rankings below 100 dealerships.

For over 40 years, Black Enterprise has highlighted the nation’s leading black automobile owners. According to BEÂ research, those 50 companies that make up the 2016 BE 100sÂ Auto Dealers list had combined revenues of $8.7 billion and 10,156 employees, representing 18 states.

The first time Back Enterprise released its annual ranking of the nation’s largest black-owned businesses–referred to as The BE 100–was June, 1973; it was a compilation of those companies (service, manufacturing, and financial firms) that had grown more than a million dollars annual in sales. By the 15th anniversary of the ranking, auto dealers fueled the list so much so that it gave way to the introduction of a separate ranking. The BE Top 100 Auto Dealers list debuted alongside the BE Top 100 Industrial/Service Companies in 1988, and the BE 100 became the BE 100s.

Lewisville, Texas-based RLJ McLarty Automotive tops the list, with revenues of $1.4 billion and current staff of roughly 1,500. The 2016 Auto Dealer of the Year, Wade Ford in Symara, Georgia ranks at number three, with $553.5 million. In addition to checking out this year’sÂ BE 100s Auto Dealers or to find a black dealership near you, NAMAD offers a dealer locator for car buyers.