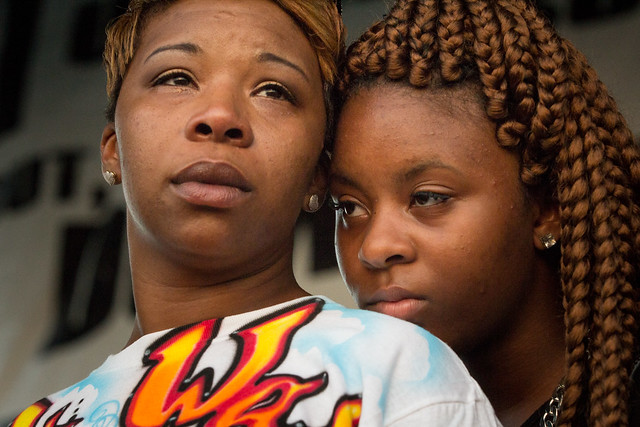 Lora King is keeping the legacy of her father, the late Rodney King, alive almost three decades after he survived a notorious police beating that triggered L.A. Riots.

Back in 1991, four white LAPD officers were charged with tasering and viciously beating Rodney King with their batons and boots during a police stop. Despite video evidence of the attack, an all-white jury acquitted the cops, sparking public outrage, the onset of rioting, and a nationwide call to end police violence against the African American community.

Now, at 35 years old, Lora King launched a scholarship program to honor her father, who passed away in 2012, and uplift other black dads, according to The L.A. Times.  The goal of her “I am a King” scholarship is to encourage black fathers to play a more active role in their children’s lives by sponsoring special events for dads and their kids. The program will provide grants on a rolling basis that will fund a range of events, from a family dinner to a trip to Disneyland. In addition, in 2016 she launched the Rodney King Foundation to advance social justice and human rights causes.

King is part of a long list of black women who have used the tragedy of a loved one victimized by racialized violence as motivation to affect change. Some of the most notable women are the “Mothers of the Movement,” who joined forces to advocate for police, criminal justice, and gun reform following the deaths of their unarmed African American children by law enforcement or gun violence.

Here are six other black women who’ve turned their agony into activism by pushing for institutional and structural change, fighting for social justice, and raising awareness around the disproportionate rates of violence against black Americans.

In 2012, Lucy McBath’s 17-year-old son, Jordan Davis, was shot and killed by a white man at a Florida gas station over an argument about loud music. When the killer invoked Florida’s controversial Stand Your Ground law as a defense, McBath asserted herself onto the frontlines of the fight for gun control and justice. She retired from a 30-year career with Delta Airlines to become the national spokesperson for both Everytown for Gun Safety and Moms Demand Action for Gun Sense in America.

Eventually, McBath’s son’s killer was sentenced to life in prison, but that did not stop her activism around gun reform. In 2018, she launched a successful campaign for Georgia’s 6th Congressional District. Now, as a U.S. representative, McBath has co-sponsored gun control legislation that would require universal background checks for those seeking to purchase armed weapons.

Since Sybrina Fulton’s son Trayvon Martin was shot and killed by white vigilante George Zimmerman in Florida, Fulton has been working to expand voting rights in the state and has become one of the most visible members of the “Mothers of the Movement.” She also helped found the Trayvon Martin Foundation, an organization that seeks to find solutions for youth, help parents who have been victimized by senseless violence, provide scholarships to inner-city youth, and strengthen a positive self-image within the community.

Gwen Carr said that the death of her son, Eric Garner, who died in 2014 after being placed in a police chokehold, was her political awakening. In an editorial published on NBC News’ Think column in October, Carr talked about how the tragedy has encouraged her to become more civically engaged.

Me, I don’t like to write. So instead, I go up to Albany, and I get in the faces of our politicians. I try to emphasize what I want from our government, and what I need elected officials to do. For instance, I went to Albany with a group of other New York mothers in 2015, and got Governor Cuomo to sign an executive order that allowed a special prosecutor from the state attorney general’s office to investigate all police killings of unarmed people for a year. (He’s since extended it.) And what this does is that, when these senseless killings take place, the cases are taken it out of the hands of the local district attorney and put in the hands of the state attorney general

The shooting death of the unarmed 18-year-old Michael Brown in Ferguson, Missouri, in 2014 sparked nationwide protests and fueled the Black Lives Matter movement. A grand jury chose not to indict the white officer who fatally shot Brown while his hands were in the air. Brown’s mother, Lesley McSpadden, however, has taken up the cause, running for a seat in the 2019 Ferguson city council. Although she did not win that race, McSpadden revealed that she is open to running again in 2020.

“I did this because we were all devastated over what we saw almost five years ago,” McSpadden told CNN last month. “I was personally devastated because that’s my son. My children witnessed the devastation.” She added, “After watching Ferguson over these years, I’ve looked for progress and I haven’t seen anything. My candidacy is the first step of building towards justice for my son and building towards a part of his legacy to make sure that my son did not die in vain.”

The death of Terence Crutcher, a 40-year-old unarmed black man who was fatally shot by police in Tulsa, Oklahoma, while his hands were in the air, shook the nation in 2016. The incident occurred when Crutcher’s SUV broke down in the middle of the road. But, instead of receiving car assistance, he was met by several police officers who drew their weapons and typecasted him as a “bad dude.” Video footage shows the officers walked closely behind Crutcher while his hands were up. He then stood beside his car moments before he was tasered and a white female officer opened fire and killed him, arguing that Crutcher failed to adhere to police commands and was reaching inside of the driver side window for a weapon. Crutcher’s attorneys, however, insist that his car window was rolled up.

Following his tragic death, his sister, Tiffany, quit her job as a healthcare provider and became a full-time political activist. In addition to working as a field organizer for Doug Jones’ senatorial campaign in Alabama, she has been involved in several judicial races in the state. “The death of my twin brother forced me to get involved [in politics],” she said, according to The Root. She also launched a national Campaign Against Bad Cops, which seeks to abolish the immunity that protects government officials from being sued for discriminatory actions performed within their official capacity. Furthermore, she and her family are fighting to lower the legal standard an officer has to meet so that they can be more easily indicted for biased killings.

Geneva Reed-Veal loss her daughter, Sandra Bland, in 2015 in an unexplained hanging death inside of a Texas jail cell, following an unlawful traffic stop. Since then, Reed-Veal has used her voice to speak out against police brutality and state-sponsored abuse by law enforcement. She, along with the eight other “Mothers of the Movement,” also delivered a powerful speech at the 2016 Democratic National Convention where she endorsed Hillary Clinton for president. 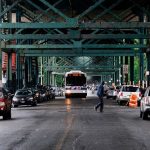 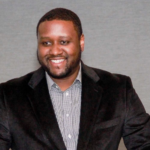